Lead unc0ver developer, Pwn20wnd, has once again taken to social media to give an unc0ver update. The developer has announced that unc0ver 3.5.6 is now out in the wild complete with additional A12-A12X support, and that there could be more to come in the near future.

As usual, Pwn20wnd has made the best possible use of Twitter to inform the collective exactly what is going on with the unc0ver jailbreak.

The first tweet of two important posts confirmed the release of unc0ver 3.5.6:

That initial v3.5.6 release includes support for remounting and restoring the RootFS on newly supported A12-A12X devices but doesn’t include full jailbreak support for those devices and misses a vitally important aspect in the availability of tweak injection which is fundamental to the full jailbreak experience. A follow-up tweet has confirmed that the missing parts could be coming soon:

I have mostly figured out the logic for a reasonable way to get code injection working on A12-A12X without PAC bypass — I will soon try to see what I can do with the implementation.

So, as it currently stands, a new version of unc0ver is available to the masses with some additional support with the exciting announcement being that it’s very likely that we will see an additional release coming very soon. There is, of course, no timescale on when that will happen but given the current history of unc0ver we can reasonably assume that it will be fairly rapid. 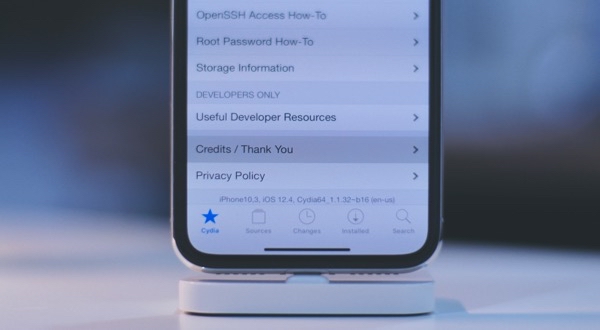 For now, it’s probably worthwhile for anyone with an A12-A12X device to stay clear of the iOS 12.4 update as this thing certainly is not ready for the primetime. A little more patience is required before the developers would recommend that upgrade.

Things have been moving rapidly as far as jailbreaking is concerned. And it doesn’t show any sign of slowing down with announcements such as these. For anyone who is on a compatible device, then the latest version of the unc0ver IPA can be obtained from Pwn20wnd’s GitHub page right now.