Twitter Brings Audio Tweets To Its iPhone App, Here Are The Details

Twitter expanded the maximum number of characters in a single tweet to 280 after people complained that 140 characters were too few. Now Twitter is expanding further, but this time it’s letting users tweet audio messages instead.

The feature is only available via the Twitter for iPhone and iPad app right now and despite a blog post announcing its arrival, there’s no indication as to when we can expect the same feature to make the move to the web or even the Android app. 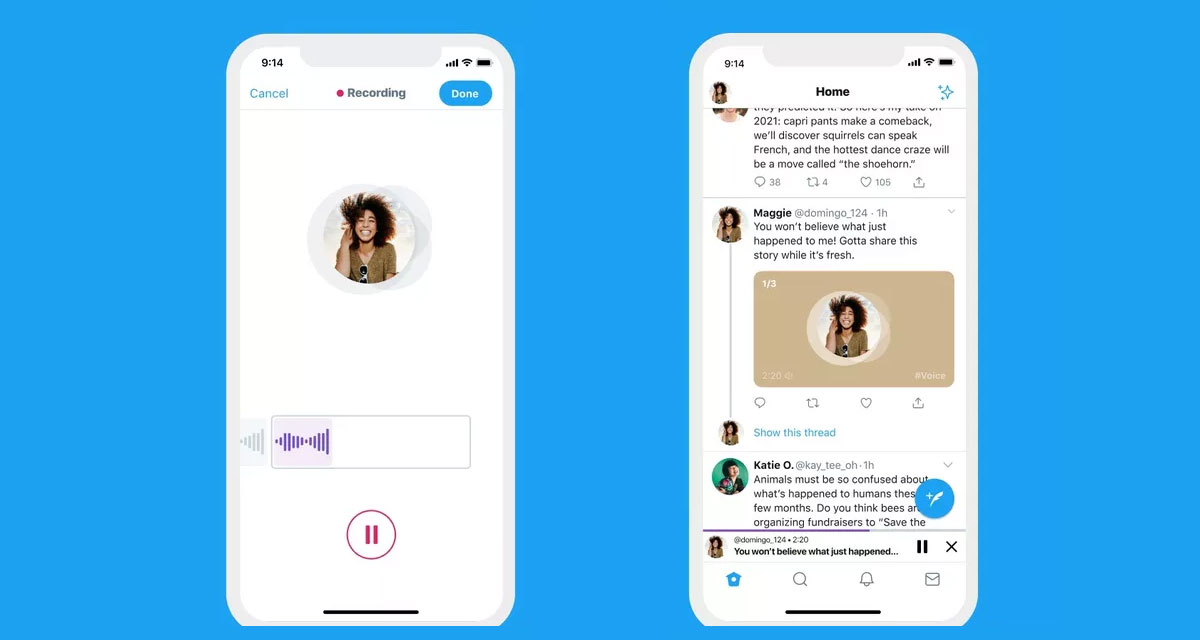 Twitter is where you go to talk about what’s happening. Over the years, photos, videos, gifs, and extra characters have allowed you to add your own flair and personality to your conversations. But sometimes 280 characters aren’t enough and some conversational nuances are lost in translation. So starting today, we’re testing a new feature that will add a more human touch to the way we use Twitter – your very own voice.

Don’t expect to be tweeting huge audio monologs though – each clip is limited to 140 seconds which, in reality, is still quite a long time! There is a mechanism in place for extending beyond a single tweet if needed, too.

Each voice Tweet captures up to 140 seconds of audio. Have more to say? Keep talking. Once you reach the time limit for a Tweet, a new voice Tweet starts automatically to create a thread.

So, yeah. Tweets with voice recordings are a thing now. So long as you’re using the iPhone or iPad app. Perhaps this is another reason to switch to the official Twitter app rather than using a third-party app, too.

Rolling out today on iOS, you can now record and Tweet with audio. pic.twitter.com/jezRmh1dkD