Apple has today released for download the first tvOS 16 and watchOS 9 RC (Release Candidate) update, meaning this is likely one of the last betas before the public release takes place.

Apple has been testing its software updates since they were announced during the WWDC22 opening keynote on June 6. Now, the company is almost ready to make them both available to the world. But not before these RC releases have been checked by developers. 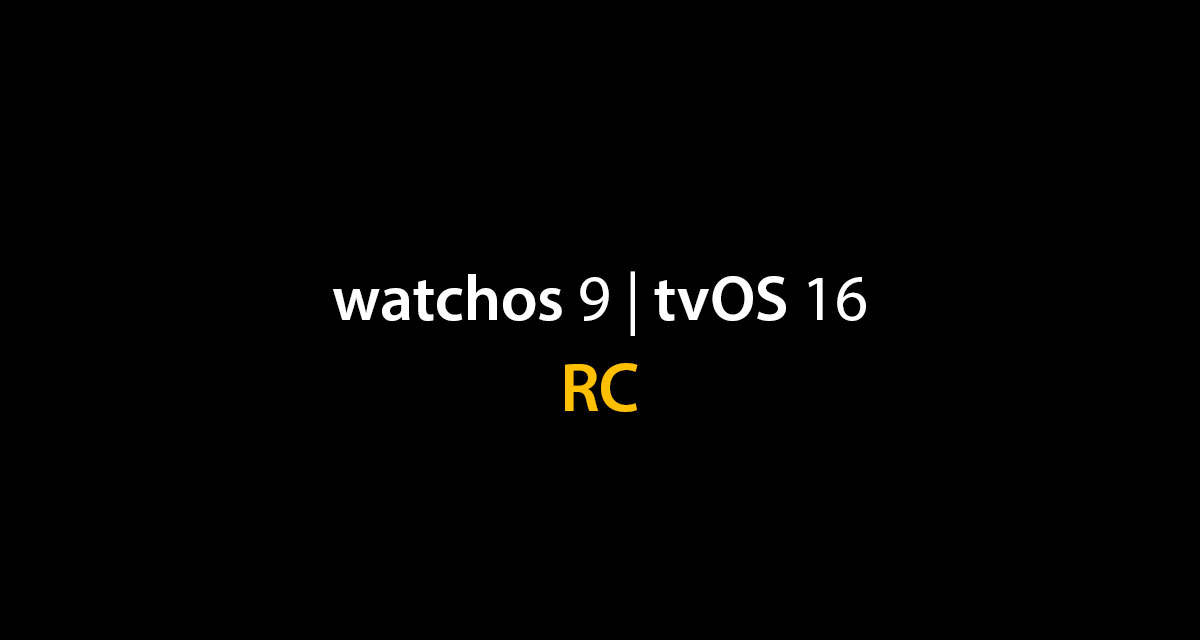 The tvOS 16 developer beta is now available to those who have the correct profile installed via Xcode. The update itself is thought to include tweaks and fixes, while tvOS 16 is set to include improvements to game controller support as well as HDR10+ support in the Apple TV app. Developers should download this update now to make sure that their apps work correctly ahead of release.

Developers with the watchOS 9 developer profile installed can now download this update so long as their Apple Watch has more than 50% battery and is on charge at the time the update begins. This update includes new watch faces and tweaks to the ECG app, among other things, and lays the foundation for the release of Apple’s next round of wearables.

Apple also has other release candidates available, with iOS 16 being the big update that everyone is looking forward to thanks to its improved Lock Screen widgets and customization options.