Facebook games are usually thought of as games that allow casual users to farm or run salons and shops, but that’s about to change. On Monday, Ubisoft launched Tom Clancy’s Ghost Recon Commander as a game on the social networking site, intended to “accompany” the Ghost Recon Future Soldier console title that is set to touch down the day after (May 22nd).

Spearheaded by notorious game designers Brenda Garno Brathwaite and John Romero, the project aims to appeal to both hardcore gamers and casual Facebook game players alike. Obviously, the former own Facebook accounts but have rarely found games that cater to their taste. Now, the interesting thing about the Ghost Recon Commander game is that it functions as a true companion to the actual console game; you can play it at work and unlock weapons and other items that you can then use when you play Ghost Recon Future Soldier at home. 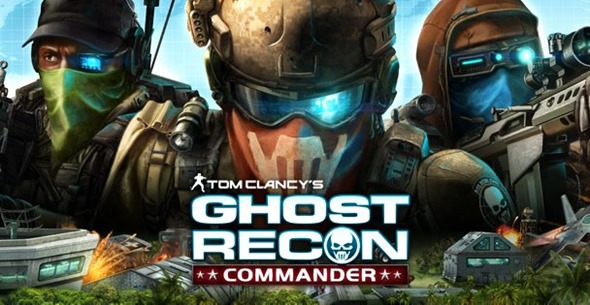 So, the incentive and perhaps even appeal to the more hardcore gamers who would purchase the console game appears to be there. However, they also emphasized that the game was also designed to appeal to casual players who may not even have interest in the console title to begin with:

So, how exactly does a simplified third-person shooter work as a Facebook game? Well, it’s turn based. You can move your soldier around within a certain distance and have it fire at enemies in the vicinity. The game is two-dimensional, but is designed in a way that gives the “illusion” of a 3D world to play in. There are also some pretty cool gunfire and explosion sound effects to make the game feel more exciting than it may appear visually.

While I still have little interest in playing Facebook games – despite the launch of this faux-hardcore game – it does seem like a cool complement to the console counterpart of the title. So, if you are purchasing that, then the incentives may make it worth it to play.

All set? Head over to the official Facebook page of Ghost Recon and get started!