Apple CEO Tim Cook and retail head Angela Ahrendts were the subject of a brief interview by BuzzFeed‘s Nicole Nguyen during the opening of the new waterfront Chicago Apple Store, with the topic of conversation ranging from augmented reality to the ultimate successor to Tim Cook’s throne, with a little bit of iPhone X availability chat thrown in for good measure.

The interview can be viewed online, but we will cover some of the basics here. 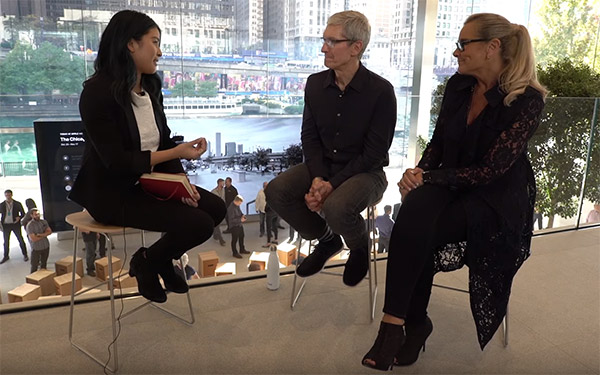 Starting out with the topic of who will replace Tim Cook as CEO of Apple, Nguyen suggested that Ahrendts may be the person to fill his shoes. Given the fact that she was sat next to Cook at the time, the question was perhaps a difficult one for all concerned, with Cook suggesting that Ahrendts may like to answer the question herself. Predictably, she downplayed the idea and Cook offered a response that should appease everyone who covets the top job inside Apple.

I see my role as CEO to prepare as many people as I can to be CEO and that’s what I’m doing and then the board makes a decision at that point in time.

Staying with Cook and brief responses for a moment, when asked on how readily the iPhone X would be available following its release on November 3rd, Cook had a one-liner in response that doesn’t really instil confidence but is perhaps all he could really say on the matter without inviting another, more tough question.

We’ll see what happens, but we’ll be working as hard as possible to make as many as possible. 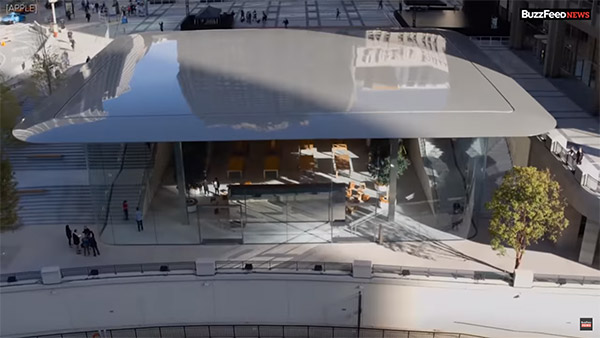 When the topic of augmented reality came up on conversation, it was left to Cook to again claim that AR is where the future of mobile is headed, and with Apple’s ARKit garnering plenty of attention as part of the iOS 11 release last month, it’s clear Apple is putting plenty of weight behind it.

The full interview is worth a watch if you have a few minutes, if only to see the new Chicago store!