Apple CEO Tim Cook has been on a publicity drive ahead of the iPhone XS and iPhone XS Max launch this week, appearing on Good Morning America and speaking Robin Roberts. The pair discussed the new iPhones, the Apple Watch Sereis 4, and the recent exemption of some Apple devices from the tariffs on Chinese goods that have been proposed by President Trump.

The cost of the iPhone XS and iPhone XS Max was discussed during the interview, with Cook suggesting that the monthly payment plans that carriers offer buyers are a great way for customers to spread the cost of an iPhone, making it easier to digest. He also suggested that the cost of the iPhone is relevant to the number of devices it means people don’t need, such as MP3 players or cameras. This obviously falls down when you remember cheaper phones offer both of those things, but it didn’t stop Cook trotting the line out regardless. 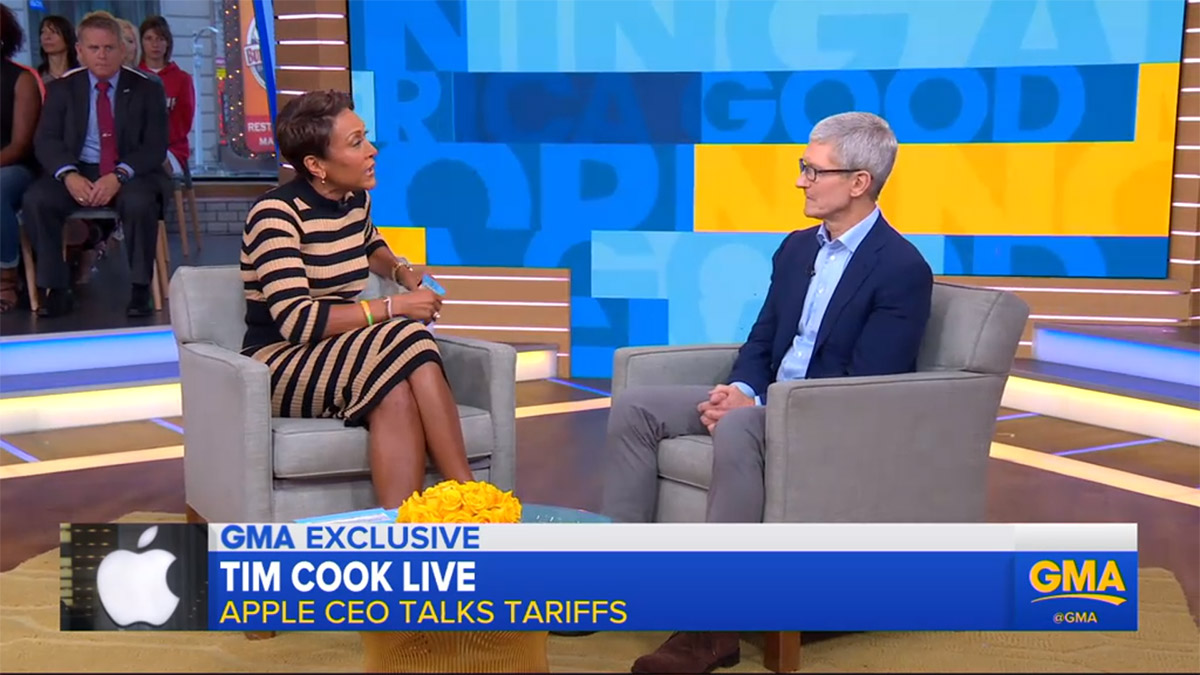 Roberts: “One model starts at almost $1,100, are you afraid that a group of people are being priced out?”

Cook: “Well we want to make an iPhone for everyone; that’s always been our objective and we’ve got several iPhones in the line and they go down to materially lower. But if you look at this phone, it’s the most advanced iPhone we’ve ever done.

Discussions also moved on to the Chinese tariff possibility and Cook’s thoughts on the matter, with the Apple CEO taking the chance to remind everyone that while the iPhone is assembled in China, the parts actually come from different locations around the globe. He also took the chance to remind everyone about the 2,000,000 American jobs his company has created when it was suggested that it was Apple’s responsibility to help in the American community.

FULL INTERVIEW: @RobinRoberts is with @tim_cook to talk about the brand new iPhone and Apple Watch–plus they love the new Memoji feature. https://t.co/0wZJnpowI9 pic.twitter.com/BpDyoANSES