TiltShift Photos, a universal app for iOS, allows you to neatly adjust the focus of any image you throw at it. Created by developer JP, it is absolutely free to download over at the App Store, and although it’s not as feature-packed as many other photo apps, it does one thing and does it very well.

With the advancement of the smartphone camera, ordinary folk are now becoming familiar with phrases and terms once only used among photography aficionados. Tilt-shift is one of those phrases, and describes the process of using a camera’s lens to shift the most focused part of an image. While social hunts like Instagram see many users simply moving the blur around with no real rhyme or reason, tilt-shift can deliver some fantastic results when used appropriately, and TiltShift Photos is a simple app which does exactly that. 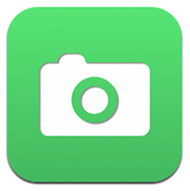 The number of photo-focused apps must be in the tens of thousands by now, if not over the 100,000 mark, and while TiltShift Photos is somewhat unremarkable alongside a big cheese like Snapseed, it’s actually a refreshing change from the many apps seeming to offer every feature under the sun, but delivering them all poorly. 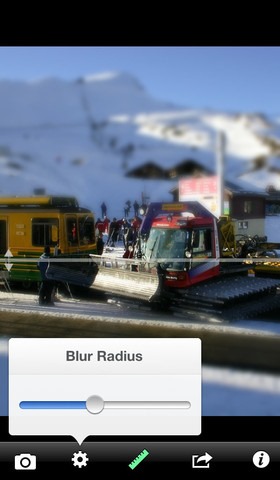 If you like separate apps for separate effects and elements of image manipulation, TiltShift Photos certainly has your tilt-shift ‘box’ ticked. Getting started with the app is about as simple as it possibly could be. You tap on the icon, either select an existing photo or take a new one, use the ‘settings’ icon to set your blur radius, and tap the ‘ruler’ icon to begin tilt shifting.

Sliding up and down your screen, you can easily adjust where exactly you wish for the blur to begin and end. Once you’re done tinkering, you can save to your camera roll, print, copy, mail, tweet, or assign the image to a contact of your choosing. 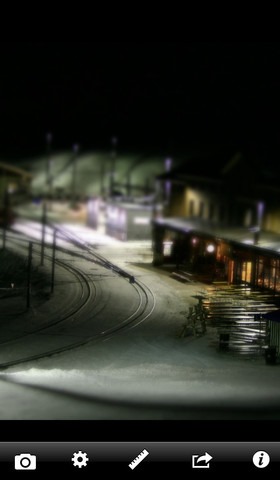 As I said before, TiltShift Photos is never going to set the world on fire, but it’s a fine example of an app that lives up to its billing. It’s clean, easy to use, and best of all, it’s absolutely free.