Apple Has A Dedicated Team Working On A Smart Watch, Consists Of Over 100 Engineers And Designers [Report]

The exciting buzz surrounding wearable technology is showing so signs of dispersing any time soon, so it seems only right and proper that Apple should be at least taking a passive look at the potential of infiltrating the market with their own device. The potential for Apple to develop and release their own smart watch has been on the our radar for quite some time, but it seems that Bloomberg are now falling in line with other large media outlets in suggesting that the iWatch is a very real product with significant resources being thrown behind it.

The success and public interest attached to the Pebble smart watch prompted a lot of corners to speculate that a similar creation that is powered by Apple’s iOS would be a perfect addition to the Cupertino company’s range of mobile devices. In the time since the first rumor emerged, we have heard that any potential Apple branded device could feature Passbook and NFC integration and be made to fill a gap that many feel currently exists in Apple’s popular but limited product line.

The latest chit-chat coming from Bloomberg suggests that not only has the discussion and investigation of the iWatch been ongoing for the last twelve months, but has also seen the internal team grow extensively as the project becomes more feasible. Two well-placed sources have attempted to fill in a few of the blanks by filling us in on the internal structure of those charged with designing the intelligent wrist computer. A number of managers, individuals with marketing expertise and software and hardware experts with iPhone experience are said to make up the current iWatch team. 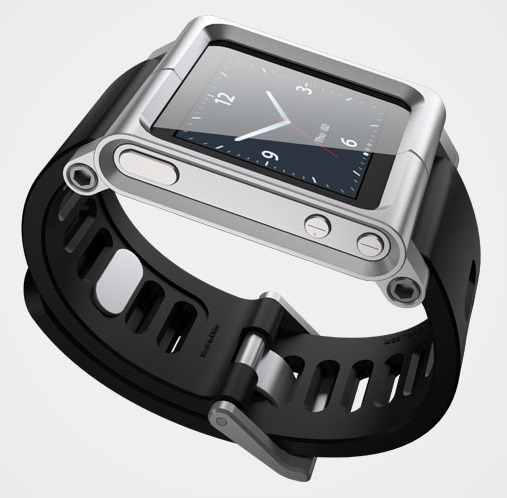 The Cupertino based company have obviously declined to comment on the situation, leaving us having to rely on the drip-fed information from those who have knowledge of the company’s plans. It is worth noting that the existence of an internal strategic team doesn’t necessarily mean that we will see a branded watch hitting our shelves. Continuous investigation of a product means that Apple will always be researching and developing things in the background that will never see the light of day. Let’s hope this isn’t one of those times.