An ambulance was called to Tiger Woods home in Windermere, FL which transported a middle-aged blonde woman to the hospital. The call was made to 911 at 2:36 AM from a home on Deacon Circle. Earlier reports suggested that the call made was not from Tiger’s home, but from one of his neighbors but then later it was confirmed that the call indeed came from Tiger’s address in Orlando. 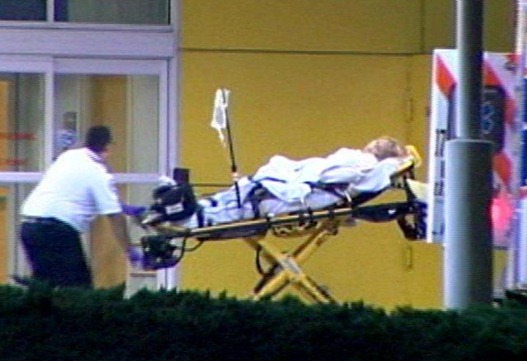 The woman was transported to Health Central hospital, which is the same hospital that treated Woods at the night of his accident. Here is a video (credit: Fox 35 Orlando) which shows the women being carried to the hospital from an ambulance, followed by a suspiciously similar black Escalade driven by a young woman with light hair.

Tiger Woods, who is the world’s top-ranked golf player, hasn’t commented, or appeared in public since November 27.

UPDATE 1: It has now been confirmed that the women who was taken to the hospital was Tiger Woods’ mother-in-law, Elin’s mother Barbro Holmberg. Click here to find more info on her.