This Tweak Lets You Customize Facebook v5.0 App For iPhone To Your Liking

Considering Facebook is the largest social network in the world with over 900 million registered members and Apple’s iOS being one of the most popular mobile operating systems available, it stands to reason that a seriously large percentage of Facebook’s mobile users will be visiting the site from the iOS Facebook app. Unfortunately for those users, the app itself offered a pretty terrible experience until recently when the Palo Alto-based company called the experts in to produce a native iOS experience, a move that brought notable speed and stability improvements and a number of small user-interface tweaks.

If you fall into the bracket of being the type of user who is hard to please and also happen to be a jailbroken iPhone user, then the Customize Facebook Pro package may just be right up your street. The name gives a little away about the purpose of the tweak, but for those who can’t quite put their finger on it; it’s main purpose is to allow the user to amend certain settings to customize the Facebook app to a user’s individual needs. Some users may be familiar with the previous version of this app, but unfortunately, that is no longer really relevant as the new 5.0 update has rendered that package entirely useless, unless an older version of the Facebook app is still installed. 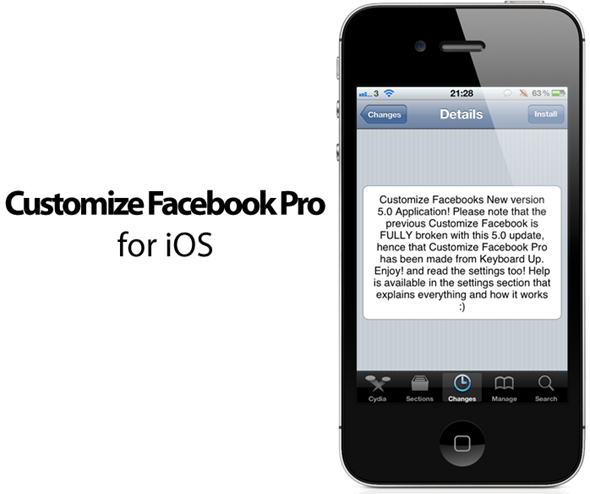 First of all let’s discuss the parts of the package that will appeal to the user. Jailbreaking and installing Cydia is about freedom and choice. The freedom to use the device how the user sees fit and to also customize the system’s interface to suit their own needs. In some instances, this can translate across to third-party apps, with this package being one of the cases. When installed, users can navigate to the main settings page to change and alter the settings that they believe will enhance their Facebook experience. These include being able to change the default font and text color, as well as enabling or disabling the pull to refresh mechanism within the app. 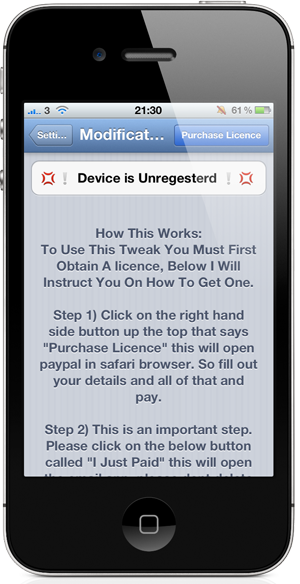 The package does contain a lot of options, and some trial and error will be needed to make sure you can tweak it to just how you want it. Although, it does offer some pretty powerful options, the package is also the one that contains everything I truly dislike about Cydia-based offerings. First of all, it is free to download with absolutely no mention of any premium purchases being required. The Cydia information gives very little away about what is included, other than telling the user to view the settings page when installed. 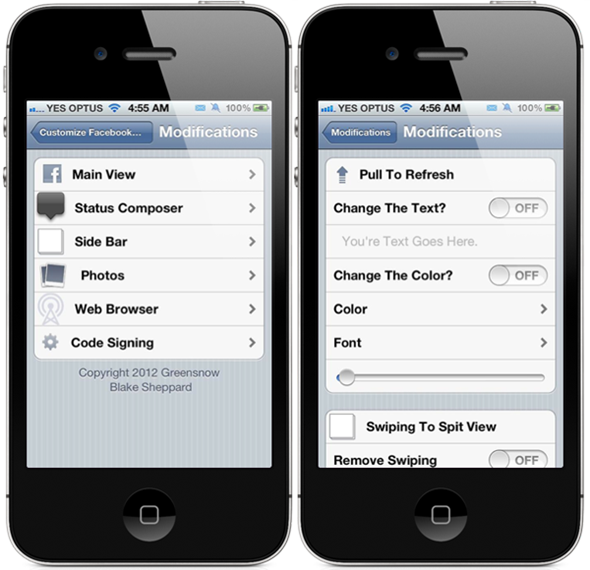 Customize Facebook Pro is available as a free of charge download from the ModMyi repository and requires a jailbroken device with the new Facebook 5.0 app installed, as well as the purchase of a license before it can be used.