There are plenty of iOS device owners out there who love nothing more than jailbreaking their device in order to customize it to its full potential. On the other hand, there is a huge demand for tweaks and enhancements that offer a certain set of functionality without the user really having to do anything. The Fade tweak that has just landed on the BigBoss repository is definitely one of the latter types that requires absolutely no setup whatsoever and just makes itself at home when the user invokes Notification Center.

When Apple introduced Notification Center as part of iOS 5, it was heralded as a great addition to an operating system that was definitely in need of some major changes surrounding how notifications were handled. Being able to pull down a new view from the top of the display provided users with a central notification hub that displayed all incoming app information and happenings, but didn’t distract during everyday use of the device. The Fade tweak comes into play when the user begins to drag Notification Center down from the top of the display. 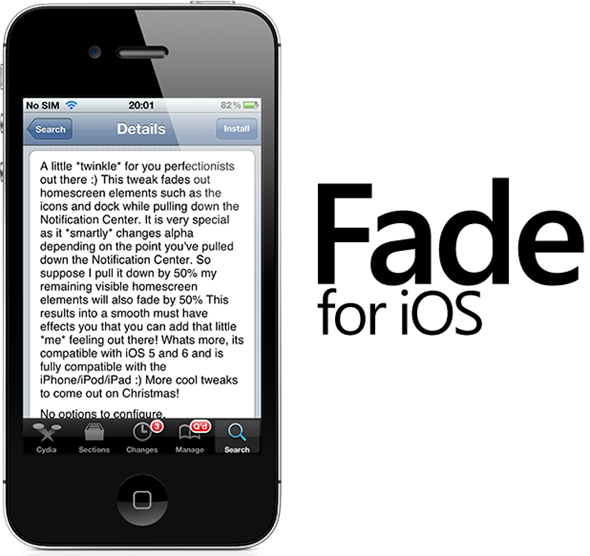 Rather than just overlaying Notification Center over the current home screen and replacing the icons, wallpaper and dock in the view, the Fade tweak applies a fading algorithm to all visual user interface elements that are currently in view to alter their alpha, depending on how far Notification Center has actually been pull down. The easiest way to imagine this is just to remember that as NC is pulled down, the display items on the screen become less and less invisible until they are eventually gone. Animations have been applied to Notification Center in the past but Fade does work extremely well. 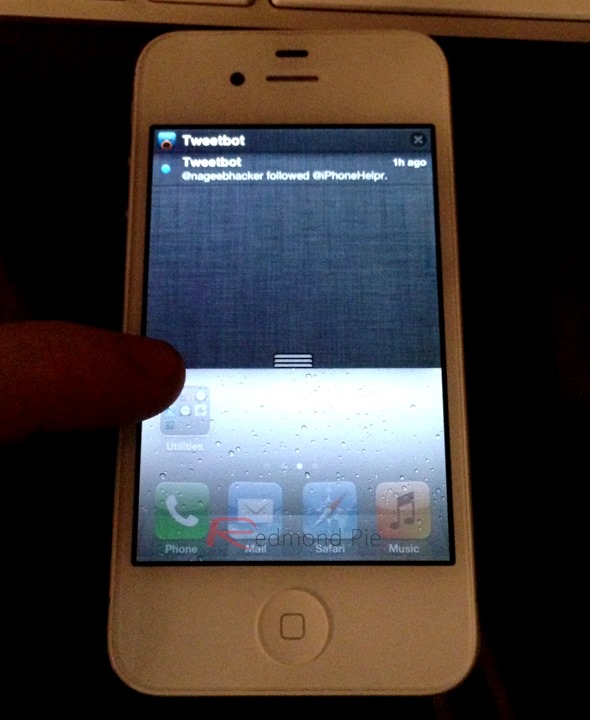 Cydia packages don’t really come any simpler than Fade. Download and install to get it up and running, with no additional options are settings to configure.

Fade is available as a free of charge download from the BigBoss repository and requires a jailbroken device with a firmware capable of running Notification Center.