This Is The World’s Lightest Windows Phone 8.1 Powered Smartphone

Indian manufacturer XOLO has just launched what it claims is the world’s lightest smartphone. Running on Microsoft’s Windows Phone platform, the device combines its lightweight profile with a rather slick form factor, and with the company having just recently unveiled a Windows 8.1 tablet, those looking to invest in the Redmond’s ecosystem now have to very appealing new products to consider.

Although Nokia, which was recently acquired by Microsoft, is the foremost purveyor of Windows Phone-running handsets, other companies have expressed great interest in jumping on board. Despite Android having long since been the more attractive prospect to third-party vendors, several big-name outfits have released Windows Phone handsets in recent times, and although XOLO mightn’t be renowned throughout the tech world, it does have quite a bit of clout in India. 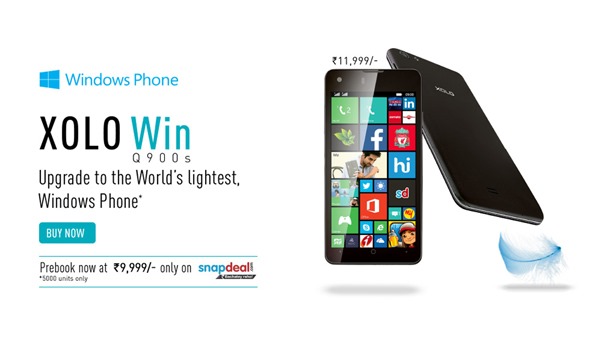 Rival and compatriot Micromax became the first Indian company to release a Windows Phone handset a short while ago, but while XOLO might have narrowly missed out on the chance to claim this particular accolade, it may instead enjoy the glory of being the best WP smartphone out of India so far.

The first thing to note about the device is incredibly light. At 100g, it’s lighter than the vast majority of mainstream smartphones, and XOLO even goes so far as to claim that it is the lightest of them all. Personally, a little bit of weightiness is not too much of an issue in a handset, as it makes the device feel a tad more substantial, but with many of us battling daily with pocket-fodder, XOLO has taken great steps to ensure that this device won’t feel heavy.

Although the device is incredibly light, though, you mightn’t want to keep it squirrelled away in the pocket at all times, because in actual fact, its internal hardware is fairly decent for a handset just 7.2 millimeters thin. You get a 4.7-inch IPS display with a resolution of 1280 x 720, a 1.2GHz quad-core Qualcomm Snapdragon 200 CPU, 1GB of RAM, and although there’s only 8GB of storage, you can readily top-up by means of a microSD card. 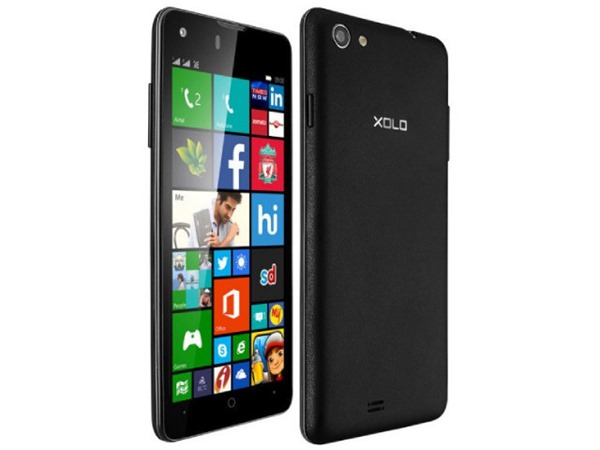 Of course, these specs don’t quite live up the heights of most premium devices on the market, but its worth remembering how resourceful the Windows Phone software can be. To achieve good performance, WP handsets don’t require the kind of hardware overkill that some Android models are treated to, and thus, while the tech specs aren’t mind-blowing, they’re certainly fit for purpose in this case.

The device will launch early next month at a cost of $200.

The complete set of specs for the device are as follows: