This is the Best Looking iPhone 4 Knockoff [VIDEO]

There are many iPhone 4 knockoffs in China, and most of them looks very similar to Apple’s iPhone 4. However, this SoPhone looks almost identical. Infact at first sight, this phone doesn’t look like a knockoff at all. Moreover, not only does this phone have the same appearance as the iPhone 4, the UI looks and works just like iOS 4.x. 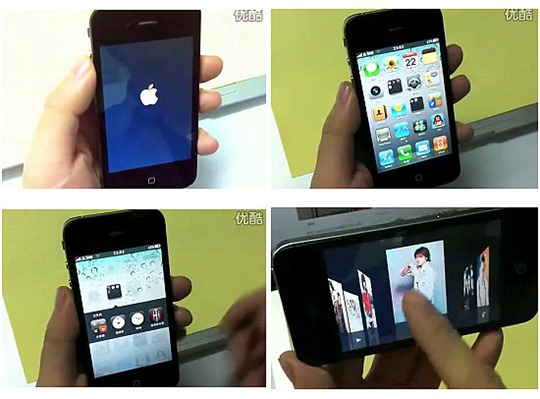 The SoPhone has lots of features, which include Multitasking, search, and you can even move apps with folders! The video embedded below shows how the SoPhone works.

As you can see, this looks just like the Apple iPhone 4. This is one of the most similar clones ever, and here are some of its specs and configurations. It is powered by a MTK6235 chipset, it comes with a 3.5” (480×320 px) capacitive display, 4GB of flash storage, 2 Megapixels front and rear cameras, Wi-Fi, Bluetooth, and a removable 1400mAh battery. It also supports both GSM and WCDMA, and includes Java and and WAP support. It measures 115.2×58.6×9.3mm, which is exactly the same as the iPhone 4. However, it does not have a Retina display, and does not include a MicroSD card slot. The video embedded below shows a side-by-side comparison with the Apple iPhone 4.

As we said before, it has the same dimensions as the iPhone 4, so it fits in all iPhone 4 cases. Finally, the price of this SoPhone is 1380 Chinese Yuan, that equals roughly US $209. It is quite pricey, however it comes unlocked and contract-free. [MicGadget]