With all the work and attention to detail that has gone into designing and building Apple’s new Apple Park campus, you didn’t think that the company would simply use off-the-shelf security systems, did you?

Of course you didn’t, and you would be right not to because one of the badge readers, presumably built to control access to specific rooms within Apple Park, has now appeared as part of an FCC filing. 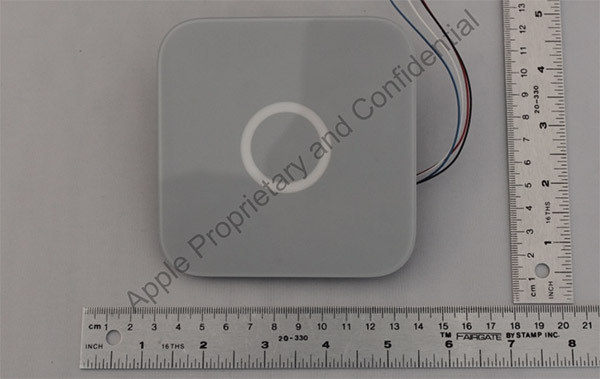 The reader, which will allow Apple employees to present a card or perhaps even their iPhone and gain entry if the security credentials are correct, is made up of a large square glass panel on the front, which appears to be approximately 4.5 square inches and with rounded corners.

At the center of the glass is a white ring that will be used as an indicator light. On the back of the glass plate is a smaller housing with four wires exiting via a small hole. These wires will presumably be used to allow the device to be hooked up to Apple’s in-house security systems, which will control what buildings and rooms employees will have access to. 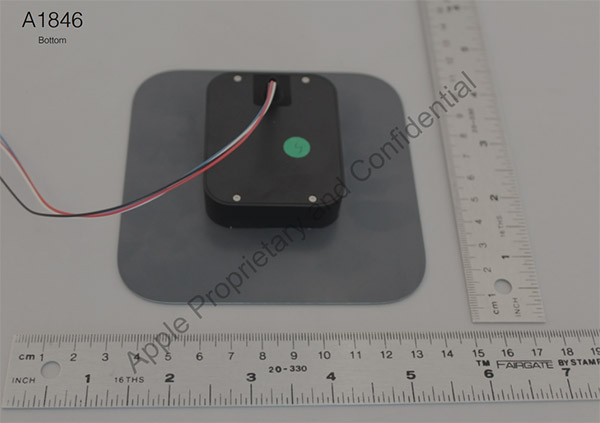 According to the manual that comes with the filing, the badge reader’s colored ring “will indicate granted access by briefly changing color to green and playing a sound.” Conversely, if access is not granted, the ring will turn red and a different chime will be heard, denoting a failed access attempt has been made.

While Apple could, of course, have gone to any number of security firms and asked them to provide a system for Apple Park, the company instead decided to design and build its own. That has allowed specification and design to perfectly meet Apple’s needs, and as far as badge readers go, this has to be the most Apple-like one we have ever seen!