Antonio De Rosa, founder of ADR Studios, has thrown up another fine concept of a future Cupertino smartphone, which is designed with a completely glass capacitive screen in a light polycarbonate body. Check out the shots after the break. 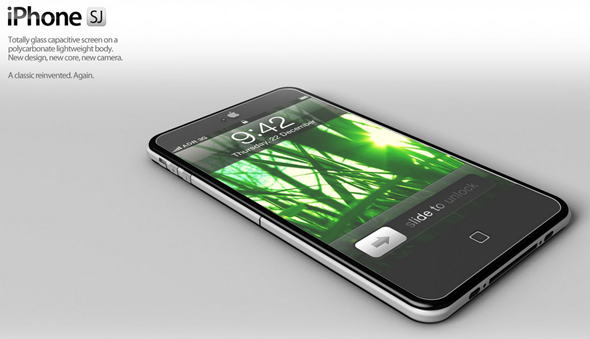 He calls it “A classic reinvented”, and on the face of it, who could argue? Although he hasn’t really given the design – called the iPhone SJ – much in the way of technical specs except the to-be-expected A6 dual core processor, and an improved 10-megapixel camera.

Apple’s current flagship device, identically to its predecessor, is frequently lauded for its solid yet stylish design, and the reinforced glass and metal finish make it feel like a decent bit of kit. As bad as it may sound, the iPhone 4S is now three months old, thus attention will steadily begin to focus more and more on the next-in-line device, which we presume will be called the iPhone 5. 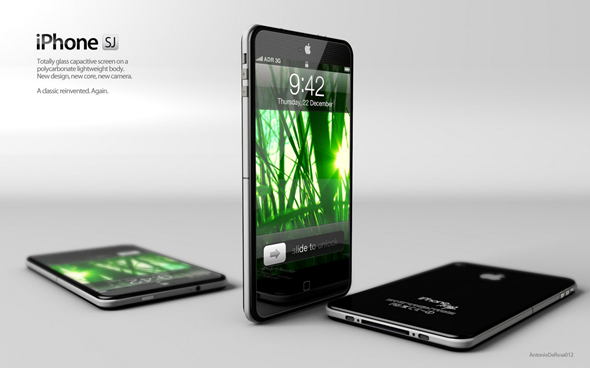 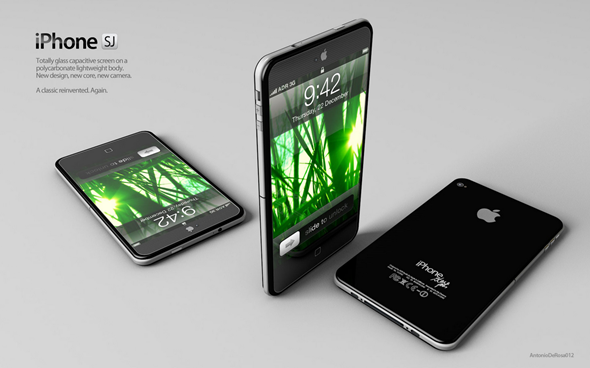 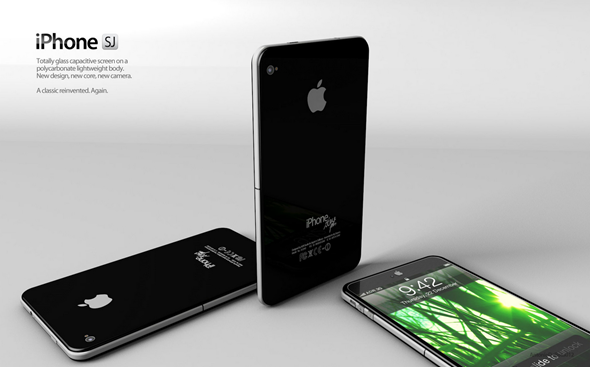 This isn’t the first time De Rosa has served up a delicious concept we’d love to be real, and with his overt talent, we’re pretty sure it won’t be the last, either. It was revealed in November that Steve Jobs wanted Apple to – after cracking the portable music, smartphone and tablet markets – focus its assault on other key areas: Television, textbooks and photography. iTV rumors have been flying around for months, so we knew what he meant there, whilst releasing textbooks would likely follow a similar repertoire as newspapers and magazines in Newsstand and iBooks. The photography plan was not as clear cut though, and De Rosa offered the rather marvelous iCam concept, a third-party peripheral turning the smartphone – which already offers a decent, popular snapper – into a real powerhouse to compete technically with the likes of Nikon and Canon.

If Apple does wind up producing such these products, we can only but hope Jony Ive takes a leaf from De Rosa’s book, cuing yet another Apple fever pandemic.

What do you guys think of the concept iPhone SJ – would you like to see something similar from Apple later this year? Leave your comments via the usual mediums detailed below!