White Galaxy Nexus Landing In The U.K. Next Month, Now Up For Pre-Order

The Samsung Galaxy Nexus is one of the latest touch screen devices to be released to the masses running the latest 4.0 version of the Android operating system, codenamed Ice Cream Sandwich. For those of you out there who aren’t fanatical about all things Android, the Galaxy Nexus is a device developed collaboratively between the Korean giant Samsung and Google. 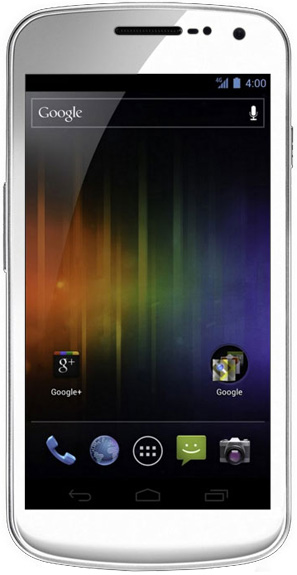 The Galaxy Nexus takes its name from a combination of the Samsung Galaxy and the Google Nexus and is released as a third generation successor to the Nexus One and Nexus S. It seems to be a common trend in the mobile telephone industry for manufacturers to produce a sleek white version of their devices, although it is something that has only really been thought of as positive since Apple started releasing white versions of the popular iPhone even though other companies have been doing this long before.

Historically speaking, the Nexus range of devices has never benefited from the white washing treatment until now. The collaboration with Samsung has obviously been a catalyst to follow market trends. Mail order distributor, Clove Technology has taken the first step of listing the white Galaxy Nexus for sale on their website, advising that the first stock is due on the week commencing on 6th February. After being released in its original color in November 2011, the white version comes almost four months later.

So what’s all the fuss about? And why should you part with your hard earned cash for this device? Well, in my opinion the devices look so much better in sleek, awesome white, which is certainly the case with the iPhone and iPad 2. If that isn’t enough for you, the specification are pretty hot too: