Samsung’s smartphone-tablet hybrid, known as the Galaxy Note II, has managed to turn many heads since its announcement this last August. Should your bank balance be way too uncomfortable to get your hands on one, no worries: there’s a new knockoff in town that might actually be convincing enough to trick your less tech-savvy friends.

This new knockoff, dubbed the Star S7180, is a 5.3-inch masterpiece which boasts a whopping 1GB of RAM, 4GB internal storage, a 0.3-megapixel camera on the front and an 8-megapixel camera on the back, with LED flash. Basic features like GPS and Wi-Fi are also included. Unlike other previous knockoffs of this kind, Android 4.1 “Jelly Bean” is also built in. As a bonus, this one is rooted by default, for those looking for a low-risk device to customize without regretting it too much.

The Samsung Galaxy Note II is the most prominent in the new trend of smartphone-tablet hybrids, sometimes known as “phablets”. Long discarded and put away but many of its major competitors, the Galaxy Note, and subsequently its successor, the Galaxy Note II, brings back the concept of the stylus: a pen-like device common on many pre-iPhone smartphones, often criticized for its low usability, but enabling much greater precision than multi-touch controls. Its 5.3-inch screen means that while not quite big enough to fit anybody’s pocket, it still takes up a lot less space than a traditional tablet device: the screen size has appealed to many tech enthusiasts, while others doubt the long-term usefulness of this new form factor. 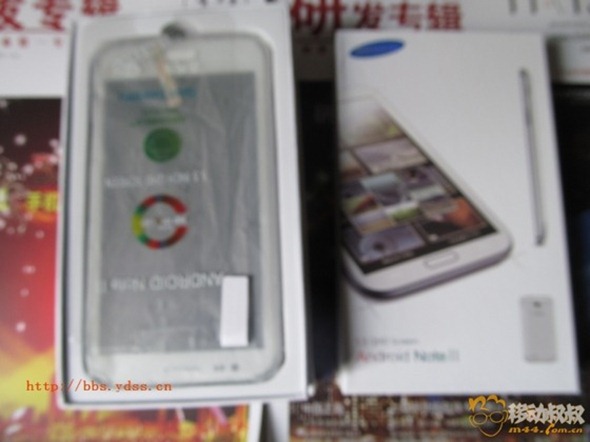 Despite its appearance, the Star S7180 differs greatly from the Galaxy Note II in terms of internal hardware: with up to 64GB internal storage, 2GB of RAM and even 4G LTE in some markets, paying full price might just be what you need. However, if you’re buying your first smartphone and the extra gigabytes and gigaflops in the “real thing” just don’t matter much to you, then you’ll save quite a few bucks.

The S7180 will soon be available from a Chinese e-commerce website for just $150. I encourage you all to have a look at it – why not?