Just like a résumé or a bad suit, a business card can reveal a great deal about a person in a matter of seconds, and when it comes to making first impressions count, this little piece of literature must be instantly engaging. Without a touch of edginess to distinguish it from the crowd, it’s likely to end up in the waste-paper basket, but for one Apple engineer – whose b-card is made from a real iPhone screen – his important contact info is unlikely to be squirrelled away among the stash of generic efforts.

But while it may draw scrutiny from fascinated individuals meeting the engineer, who is said to wear the interesting creation around his next like a lanyard, it’s not exactly fit for purpose. 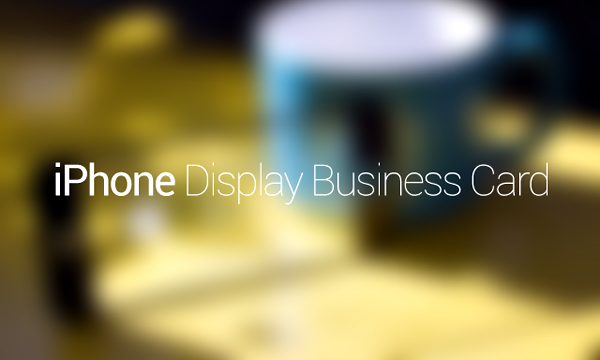 As many an iPhone user will have discovered over the past few years, the Gorilla Glass material used for the device’s screen is robust in that it protects against scratches, but the trade-off is that it can easily be shattered if dropped at the wrong angle. Thus, for what it’s supposed to be, this design actually makes no sense whatsoever. But hey, who needs practical when you’re rocking an iPhone screen for a business card, right?

The process of etching the details of the engineer was apparently meticulous and expensive, and as such, only ten were made. Even if he were to begin giving them out to potential clients and partners, it’s really more of a souvenir than anything else, and for me, once I’d whittled my inventory down to five, I’d be way too choosy with regards to who I was giving them to. 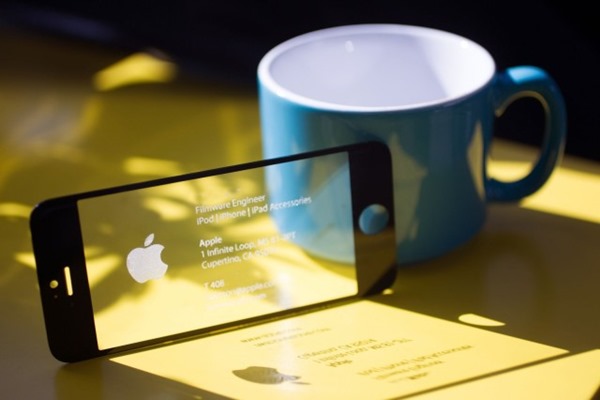 Luckily, the Apple engineer’s business cards aren’t representative of the products that the Cupertino company churns out, by a long shot if you’re asking us. After all, a business card is supposed to serve as a brief insight into what a business is all about, and if you knew nothing about Apple, you’d probably conclude – based on what’s illustrated here – that the company likes to build flashy-looking products may appear pretty, but don’t actually bring much to the table compared to what else is out there.

Is this true, though? We’ll leave that particular judgment up to you! And let us know in the comments section below what you think.