This App + Kinect Can Turn Anything Into A Touch-Screen [VIDEO]

Every once in a while, there comes a new idea that truly makes consumers go crazy over the product that has been delivered (or proposed, for that matter). Ubi Interactive, a company that has no link whatsoever to Ubisoft, by the way, has come up with the new application that works in conjunction with Microsoft’s Kinect for Xbox, and has the ability to convert any flat surface into a virtual “touch-screen” that works with a projector.

Confused? We were, too. Here’s how the whole thing works. A while back, Microsoft had initiated a Kinect Accelerator program for various startups to develop apps that can make use of the Kinect accessory for more than just gaming on the famous console. Ubi Interactive has applied the idea to develop a system that addresses a fundamental concept – creating touch-screens anywhere. The system makes use of a projector (along side their proprietary app) which, in turn, uses a connected Kinect sensor to turn the projection into a virtual touch-screen. Thus, it creates a system whereby you can project an image anywhere on any surface, and then interact with it as you would with any real touchscreen. Pretty neat and cool! 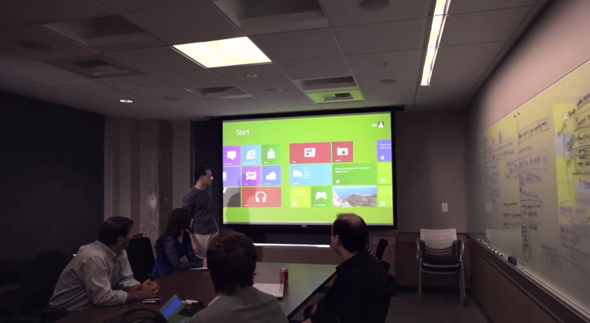 The product is aimed not at consumers, but more towards businesses and organizations that already have projectors in place. On that front, they can use the existing projection system along side Ubi’s $149 application, install a Kinect sensor, and get a touch-capable unit that is much less expensive as compared to other off-the-shelf, similar solutions. 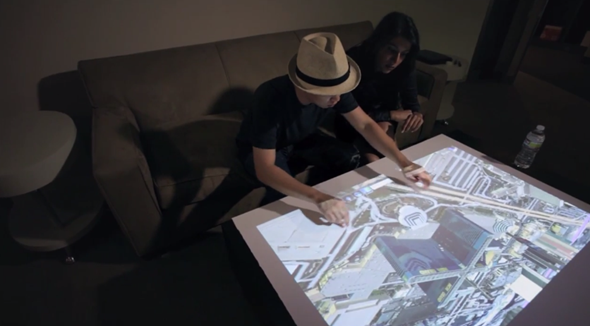 There are, of course, certain limitations to the whole idea. For instance, the basic app that Ubi is offering supports displays of up to 45-inches only, while professional and business licenses extend that to 100-inches with the caveat of being priced at $379 and $799 respectively. Then, the basic and professional versions have support for a single touch point; the business version pushes that to two, and the enterprise edition, which comes in at $1,499, has a limit of 20. Hence, the pricing is definitely something you’d want to consider before you decide what you need. 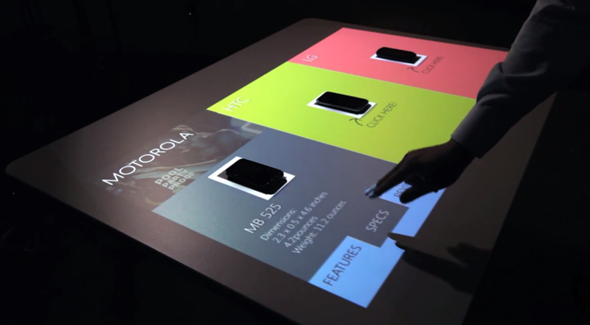 As of now, the system works only with Windows 8 and supports the modern interface. Ubi did a test run with 50 companies before bringing the program to general market, and orders can be placed at the source link below.