Ah, the iWatch. A product long since mentioned in forums across the Web, but even after years of such speculation, yet to show its digitized face to the masses. There’s a feeling, though, that the current spate of rumors are based upon more than just thin air, and that actually, Apple is preparing some sort of smart watch product for release at some point in the near future. With suggestions that the Cupertino has over 100 members of staff dedicated to the task, that would seem evidence enough for us all to get a little bit excited, and to offer us an idea of what kind of end-product this could eventually entail, designer Stephen Olmstead has come through with a rather nice set of concepts.

Unlike the Pebble Smartwatch and those leaked patent drawings alleging to depict Samsung’s Galaxy Gear, this iWatch concept illustrates a device designed very much in the image of your traditional wrist watch. As you would imagine, the user interface speaks very much the language of iOS 7, and with support for apps like Siri, FaceTime, Messages and others, it would seem a solid accompaniment to your other iOS devices.

The very basic design of Olmstead’s concept iWatch means that it’s rather inconspicuous, which would certainly suit some consumers. But when we’re talking about a product from a company that designs products to make an aesthetic statement, we’d have to bet that this kind of look blends into the crowd perhaps a little too much for Apple’s liking.

We’ve seen many an iWatch concept here at Redmond Pie, from the iPad mini-like design on a leather strap to the slick, yet slightly bulky offering from Martin Hajek. Of all the ideas thrown up by fanboys and design gurus, there doesn’t seem to be much of a common pattern because, simply put, there hasn’t been any kind of leak to offer a solid indication of the form factor.

Hopefully, once Apple has delivered the new iPhone, iPad and Mac products this fall, we’ll begin to see some sort of evidence through which to focus our attentions. Until then, check out Olmstead’s rather endearing concept, which also offers a plethora of different strap color options: 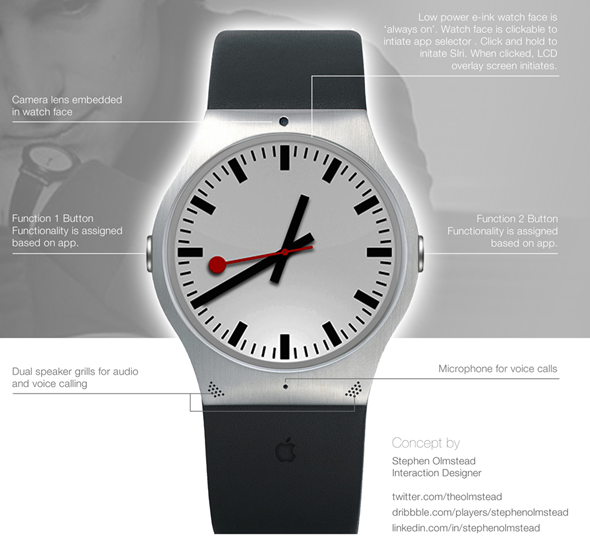 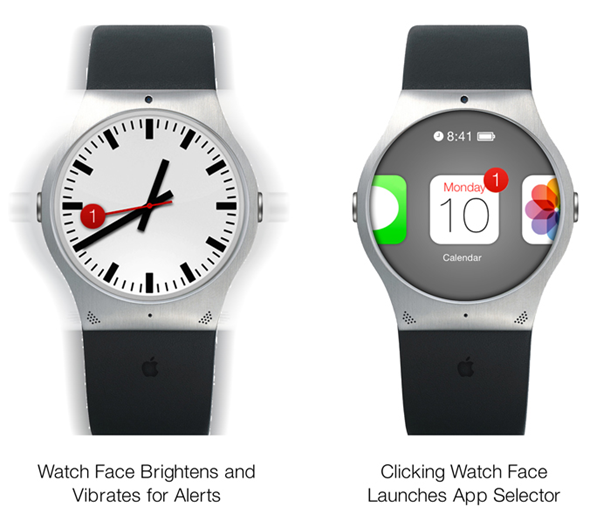 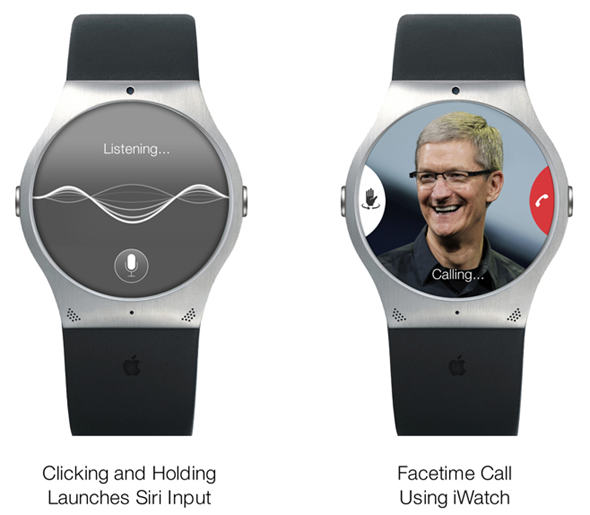