Earlier this month, Samsung sent out invites to an Unpacked 2013 event on September 4th, and at the time, we pondered whether the so-called Galaxy Gear smart watch would make an appearance alongside the inevitable Galaxy Note 3 announcement. A recent SamMobile report appears to corroborate this ongoing notion, with the blog stating that the wearable gadget will be given the model number SM-V700.

With Apple said to have a large team dedicated to the cause of its own iWatch effort, there have been long-standing rumors that other big companies are plotting something similar. Last month, it emerged that the team behind the Surface tablet was busy designing Microsoft’s effort, and with Samsung’s ubiquitous influence on modern technology, the South Korean company was never going to sit and let its rivals beat it to the punch.

The idea of the smart watch is years old, but ever since the Pebble Smartwatch kicked up a fuss on Kickstarter, its viability as a legitimate, marketable product has emerged. The Galaxy Gear would be the first smart watch from any of the big names in tech, and although the intrigue surrounding it could detract some of the attention away from the eagerly anticipated Galaxy Note 3 phablet, it looks as though Samsung Unpacked on September the 4th will play host to the Gear. 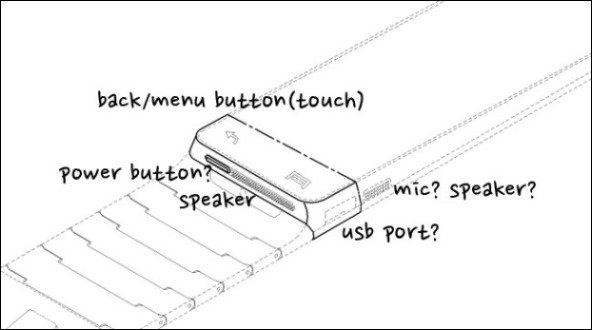 Interestingly enough, the Pebble has just hit the retail market, so perhaps this is why Samsung is so keen to get its own offering out on the table and ready to compete. There haven’t really been any sightings or leaks of Samsung’s smart watch, save some early patent filings, but with some three weeks to go until the commencement of Unpacked, there’s still plenty of time for some of those key details to leak out. We would anticipate the Galaxy Gear to run a variant of Android, and while we also foresee a rather limited set of capabilities, it will be interesting to see just what Samsung has in store for this device. Given how easily information is distributed these days, surprises are few and far between, but if Samsung can manage to keep the contents of Unpacked hidden away until the big reveal, we’ll have a great deal to look forward to.