This Amazing, 360-Revolving Skiing Video Was Shot With An iPhone

Over the years, there have been some pretty impressive examples of what the iPhone is capable of when it comes to shooting still images and recording video, but sometimes one specimen takes us all aback. Today, it’s the turn of 25-year-old Nicolas Vuignier, who has posted to YouTube a video of him skiing down a mountain in Sweden, shot using only an iPhone 6. That may not sound all that impressive, but trust us, that will all change when you see the video.

What makes Vuignier’s video so unique is the way it was shot. Using an apparently 3D printed mount, dubbed Centriphone, Vuignier recorded the whole thing by apparently waving the Centriphone around his head, creating the amazing 360 degree video that we are being treated to. There are slow-motion segments too, which are apparently filmed at 240fps as if the video wasn’t impressive enough as it was. 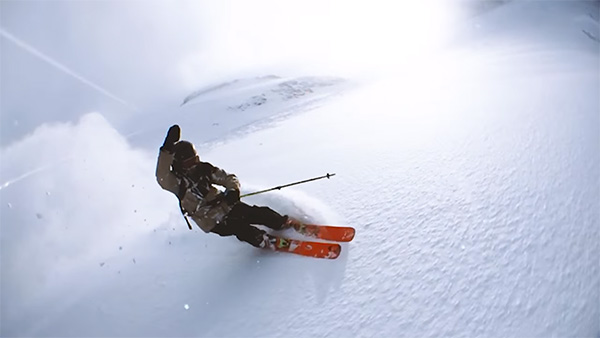 Watching Vuignier work his way down the mountain, it’s easy to forget that this video was filmed on an iPhone, mainly because it looks so damned good. Bright blue skies and white snow do make for excellent conditions to get good image quality out of a smartphone camera, but this video is far beyond a simple quirk of the conditions. You really do need to check it out in order to understand how impressive it is.

Thankfully, Vuignier has said that a “making of” video will come in due course, and we’re probably even more interested in seeing that than the video itself. We’re intrigued by the Centriphone and the YouTuber has also said that he hopes to make the template for it available for anyone to download and print. So, all you’ll need then is a snow-covered mountain, an iPhone and some mad skills.

Well, we’ve got the iPhone!

Check out Vuignier’s video below for a barrage of flying snow and vertigo-inducing slow-mo shots.