If you cast your minds back a few months, you might remember the Raspberry Pi USB dongle, which one intuitive chap had turned into a fully-functional PC running Android. Enthusiasts will be pleased to learn that an equally tasty alternative has now gone on general sale, and can be bought for the unbelievably cheap price of just $74!

Online retail outlet AliExpress has begun selling Model MK802 PC, and although it appears to be little more than a USB stick used for convenient data storage, it’s actually a fully-functioning mobile PC. With a single core, 1.5GHz Allwinner A10 ARM Cortex-A8 processor and 512MB of RAM, it’s never going to win any awards for power, but the micro PC is the sort of thing we love to see here at Redmond Pie, and although there’s only 4GB of storage, it provides the perfect pocket backup for those stuck without a working desktop. 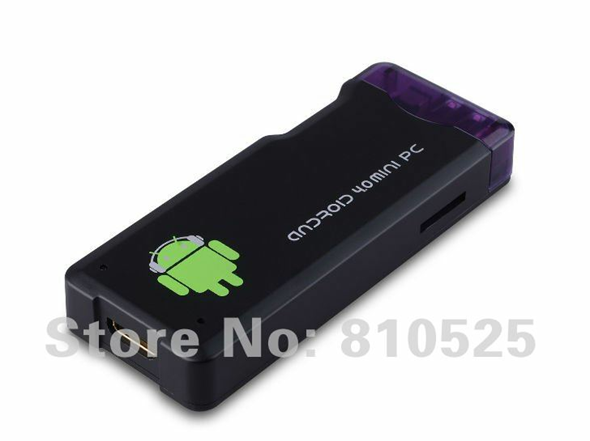 It runs on Android’s latest Ice Cream Sandwich (4.0) firmware, but unlike Raspberry Pi, which allows direct connection to an HDTV via HDMI, the MK802 does have a HDMI connector, but you’ll need an HDMI cable to be attached before you will be able to see anything. Impressively, the tiddly PC can pump out 1080p HD video playback in a variety of formats, and supports Flash and HTML5, as well as a sleuth of audio formats rendering it a great all-rounder.

There’s a full and a micro-USB port, and the 802.11b/g Wi-Fi capabilities mean it’s pretty easy to connect to the world wide web. At a mere 7 Oz, it’s certainly the lightest PC of all time, and far from just being a novelty item, does actually pack a decent performance. As the former owner of a netbook which could scarcely run an SD video – let alone 1080p full HD – I am certainly impressed by the device, and will definitely be investing in one. 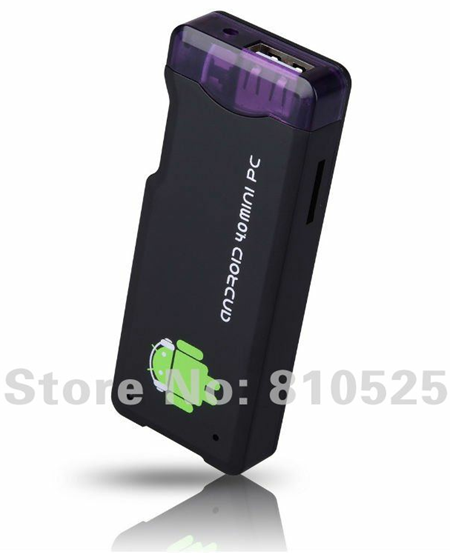 Do you see yourself rocking this very geeky, ingenious device, or would you prefer to own a device less likely to fall down the cracks in the floorboards? Leave your thoughts – as ever – via our Facebook or Google+ pages, we’d love to hear what you make of the MK802, and if you want to pick one up yourself, please check out this link.