When Terry and Dan Diebold managed to get their hands on the mythical Nintendo PlayStation, you may have been forgiven for thinking that was the end of the story, but with the unannounced and ultimately cancelled product missing its most important feature – it wasn’t able to play games from the built-in CD drive – there was work to be done.

That’s why Ben Heckendorn, better known as Ben Heck got involved, and the rest is history. 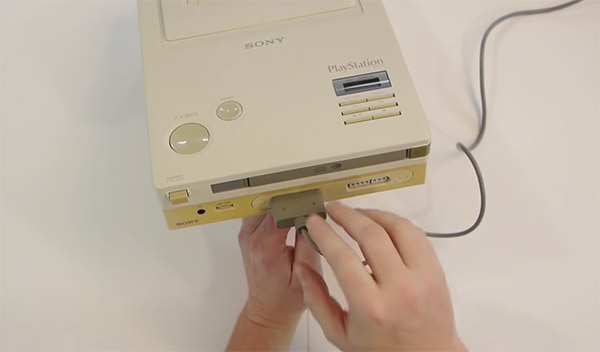 Once Heckendorn got his hands on the prototype Nintendo PlayStation courtesy of the Diebolds, he set about poking around. In his words, that involved replacing some “questionable” capacitors and somewhat unscientifically “jiggling some things around.” While none of that was ever really guaranteed to make things spring to life, that is exactly what happened. It sounds like Heckendorn was as surprised as anyone when things started to work, but work they did. Now the only problem – admittedly a large on – is that there is no actual software to use with the console.

As Nintendo never made the machine official, developers never set about making software for it. While some enthusiasts have had a pop at making emulators and the like that are capable of running on the Nintendo PlayStation, nothing really works properly and one simply boots to a black screen. Still, just the fact that this thing can read a disc at all is mesmerising to us, and top marks to all involved for getting this far!

Ben Heckendorn is sending the console back to the Diebolds, and while this may be the end of the story for once and for all, we have to at least bask in the fact that the Nintendo PlayStation was very real and it worked as well.

Why Nintendo decided not to push on with the release of the console may never be known, but we bet there is one hell of a story there somewhere.