Everyone is getting super excited about the third generation iPad. We might not be able to call it the iPad 3, but there is little doubting that this is fast becoming the most anticipated iPad release to date. With that huge Retina Display forming the centerpiece of what is sure to be a popular device, Apple has already seen unprecedented demand for the tablet.

With some of us sat eagerly anticipating a knock at the door on Friday morning, some people will be huddled outside an Apple Store in the hope that they are far enough down the line to be able to pick up a new iPad on release day. We knew Apple’s own stores would be popular destinations for those who chose not to order online, but the only real question was about what time those stores would be opening. During past iPad releases, Apple Stores have closed throughout the day to get ready for an early-evening release, which causes its own problems for both customers and staff. This time around though, things will be different.

According to a photo shared with us by 9to5Mac, it seems that stores will be opening at 8AM rather than going through the usual performance of closing, only to re-open later in the day. This makes it easier for staff to get all customers seen before the store is scheduled to close and, more importantly for us, means that those who have braved the queues don’t have to wait quite as long. It’s a win-win, for sure. 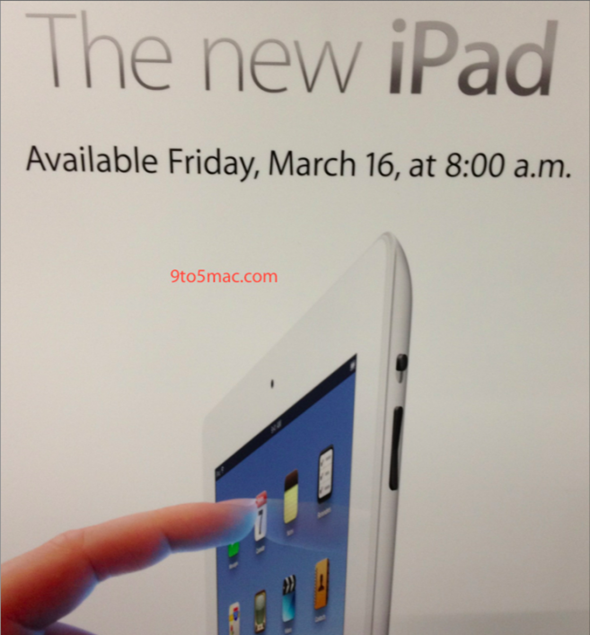 9to5Mac also reports that Apple has a little something extra up its sleeves for the staff that are having to work extra to cover the release. If reports are correct, Apple Store employees will receive an extra 10% in the wage packet this month, though that is obviously unconfirmed at this point. Assuming this does happen, it’s nice to see Apple looking after the people that we all forget at times like these – those poor staff that have to put up with our whining when the device we wanted sells out three people before us in the line!

Good luck to anyone who is planning on taking their place in the line this Friday, and we hope you get whichever model iPad you set out to purchase. We’re sure you won’t be disappointed!