Apple Stores To Open At 8AM On Friday For iPad Launch?

Every time Apple drops a new product – particularly when it’s a and iPhone or iPad – the inevitable pilgrimage towards those iconic Stores ensues, with consumers willing to withstand lengthy queues in all weathers to get their hands on the Cupertino’s next big thing.

That sequence of events will undoubtedly retort this Friday with the launch of the third installment to the iPad series. Unrivalled in the tablet market, the new iteration boasts a Retina display, quad-core GPU (dual-core processor), a vastly-improved iSight camera, as well as being the first Apple-branded device with 4G LTE technology.

In order to cater to the mob of iPad 2 fans this time last year, Apple opened its gates earlier than usual – as early as 8AM in most places. According to the Houston Chronicle, the newly-built Houston Highland Village Apple Store has distributed an official notice stating that its grand opening this Friday, March 16th will be at 8AM, which is a full two hours earlier than the usual 10AM opening.

As you would expect, a spokesperson for the famously tight-lipped company would neither confirm nor deny whether the iPad will begin selling at 8AM, although an early opening time usually occurs whenever a new iPad or iPhone is released.

Of course, since the Highland Village Store is a new one, it figures that the opening would be earlier than usual. But it doesn’t seem feasible for the Cupertino-based company to begin selling the iPad at a new store early, whilst keeping devotees waiting outside at another.

One thing is for sure, whether the stores open at 8AM, 10AM or 3PM, the army of iPad enthusiasts will most likely remain undeterred in their quest to get their paws on the device. 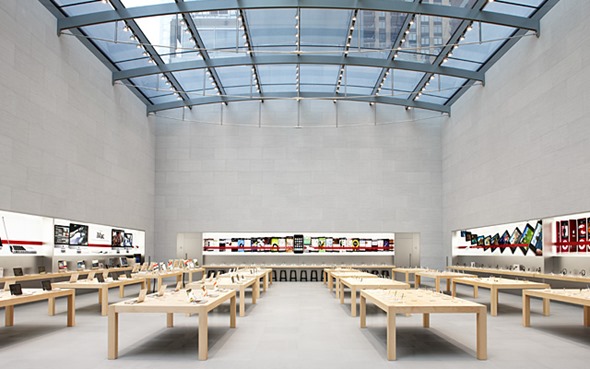 2010 was, if we’re being critical, a shade disappointing in comparison to the previous year in terms of iDevice releases. The iPad 2 wasn’t a huge improvement on the initial model, while the iPhone 4S only brought forth a satisfactory range of improvements. This time around, though, that real buzz amongst tech enthusiasts seems to be prevalent once again, and the hardware improvements render the new iPad a worthy upgrade – whether you’re a gamer, reader, or social snapper.