Download MIUI File Explorer For Your Android Device [Root Only]

Not everybody is a huge fan of the MIUI custom ROM for Android. Its colorful disposition does render it something of an acquired taste, and some argue that it somewhat resembles iOS.

Others disagree, branding the look to be minimal, but whatever the case, CyanogenMod aside, it is one of the most popular and most frequently-downloaded custom ROMs in the relatively short lifespan of Google’s Android.

Despite the mixed opinions on the ROM itself, most can agree that its File Explorer is a sure-fire winner. Easy on the eye, its simple design and eye-catching injections of color have made it one of the most popular areas within the MIUI ROM.

Hitherto, there has been no way to have the file system without installing the much-debated ROM, but thanks to XDA Developers forum Member apooonet, this is now a possibility. No matter which ROM you’re using, you can now enjoy the the beautiful File Explorer. If you’ve yet to set eyes on it, here’s how it looks: 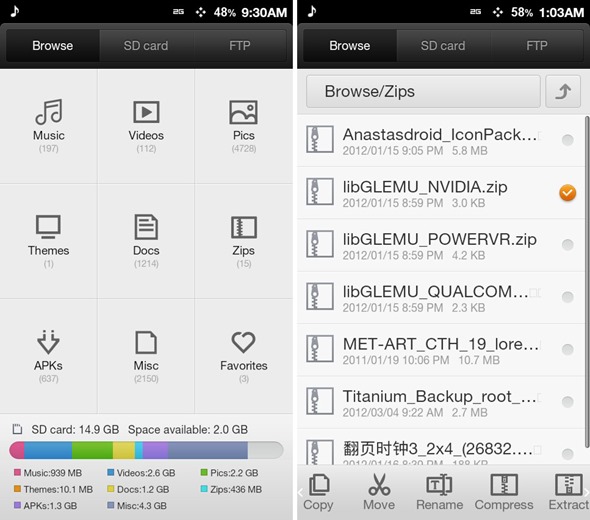 Ice Cream Sandwich has been ravaged by issues of incompatibility, but the File Explorer works in perfect harmony with Google’s latest and greatest mobile OS, as well as supporting file management elevated permissions. Unlike most root-level file explorers, it’s free of charge. You’ll need to be running Android 2.2 or greater in order to install it on your device, and if you want to tinker with system files, root access. 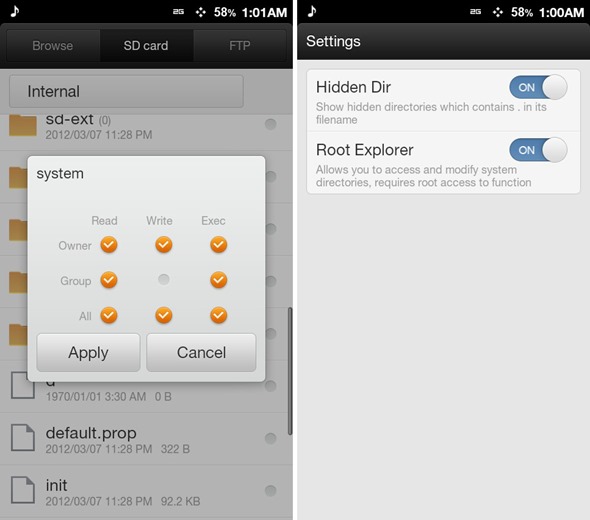 There are a few lingering compatibility issues with devices running CyanogenMod 7, but as you’d expect from an XDA dev, apooonet assures us that he’s working on it. He’s also looking to include the ability to search for files. Below are the release notes:

Requires Android: 2.2 and up
this app completely works on cm9 and MIUI
But on the other roms like cm7, some of categories not support yet (working on that). but you can install it and use the other things.