MIUI (pronounced me-yoo-eye) is one of the most popular aftermarket custom firmware for Android smartphones, second only to CyanogenMod. It features a distinct look and enhanced features like a more powerful dropdown notifications bar and enhanced Camera, Music, and Gallery apps. If you’re looking for an alternative music player or just a slice of MIUI’s goodness, look no further: the MIUI Music app has been extracted and released for everyone to try! 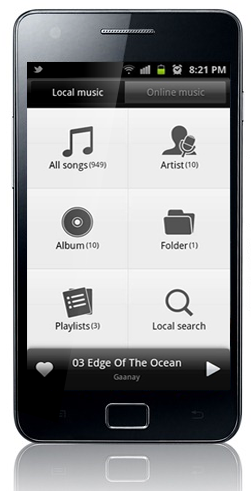 The app was extracted and released by the folks over on Droid Universe. Besides, well, looking spectacularly good and playing your songs, the app features the ability to shake your phone to shuffle and download album art/lyrics. It even comes with a widget so you can pause, skip back/forward a currently playing track right from your homescreen.

If you’re in the Market for a new music app, then this is a perfectly working alternative for those of you who are tired of the stock Music app. Other options include doubleTwist, WinAmp, PowerAMP and, of course, the cloud-friendly Google Music.

We’ve personally tested the app on our Samsung Galaxy S II unit and can confirm that it works flawlessly. 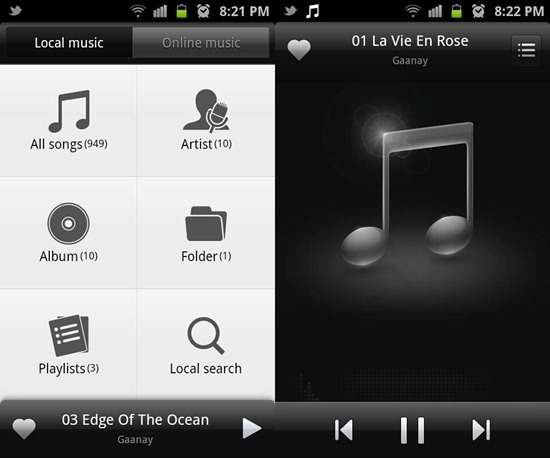 Installing the Music app doesn’t take too much effort. If you’d like to try out the app and are on a device on Android 1.6 or later, you simply need to download the .apk file from one of the links pasted below – no flashing .zip files involved! Please note that this does not require a rooted phone.

In other custom ROM-related news, the first ever custom ROM based Android smartphone was announced yesterday. The phone is called the Xiaomi M1: it features a dual-core 1.5GHz chip, 1GB RAM, 4GB ROM, 8MP camera, a whopping 1930mAh battery and an unbelievably low price of $310 (¥1,999) without contract. 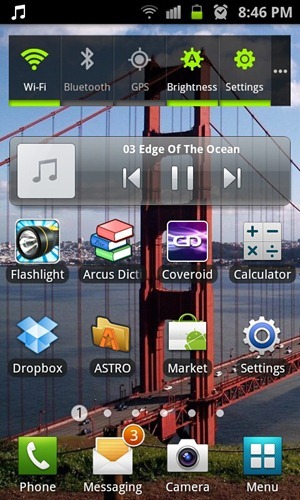 Although it is quite unlikely, we’re hoping to see MIUI’s launcher to be released next. It would be a welcome change over the usual TouchWiz/Sense/MOTOBLUR launchers that come with Samsung, HTC and Motorola smartphones respectively.

Before you download the .apk file from the links given at the end, make sure you head over to Menu > Settings > Applications on your Android handset and check the “Unknown sources” box in order to sideload non-Market apps. Do give the app a try and let us know what you think of it in our comments section on Facebook! We look forward to hearing from you.