The New iPad Does Not Support FaceTime Over 4G LTE

Apple’s new iPad device will not be supporting FaceTime over 4G – at least not initially – despite being faster than Wi-Fi in many cases.

The news will surely come as disappointing to many iDevice users who will once again need to use counter measures in order to enjoy face-to-face chat over their speedy, expensive new connection.

Since arriving along with iOS 4 back in 2010, iOS users have been left somewhat disgruntled by the lack of support for FaceTime over 3G, with Apple restricting the feature to Wi-Fi only. Of course, this could easily be circumvented by those running a jailbroken device, with FaceBreak and 3G Unrestrictor just a couple of tweaks allowing seamless FaceTime over 3G. Some thought, with Apple’s first delve into the 4G LTE arena, that there may finally be allowance for FaceTime over cellular connection, but it has been confirmed that initiating a FaceTime call over 4G leaves the user with the familiar prompt to seek a Wi-Fi network.

With Verizon and AT&T’s 4G LTE exceeding many Wi-Fi connections in terms of speed, the news is a little disappointing – if unsurprising. The iPad does, however, support Wi-Fi hotspot, meaning the 4G connection can be tethered out allowing another device to FaceTime through it.

It’s not known whether the limitation is courtesy of Apple or the carriers themselves. After all, although the Cupertino company is known for making such restrictions, carriers will want to curb excessive 4G use on a device which would undoubtedly use a lot of data through it various features.

If and when a jailbreak does land, you feel a workaround will be a foregone conclusion, but as we always stress, it’s much better to have the features implemented at stock level, as opposed to being reliant on the sometimes unstable tweaks of the wonderful Cydia community. 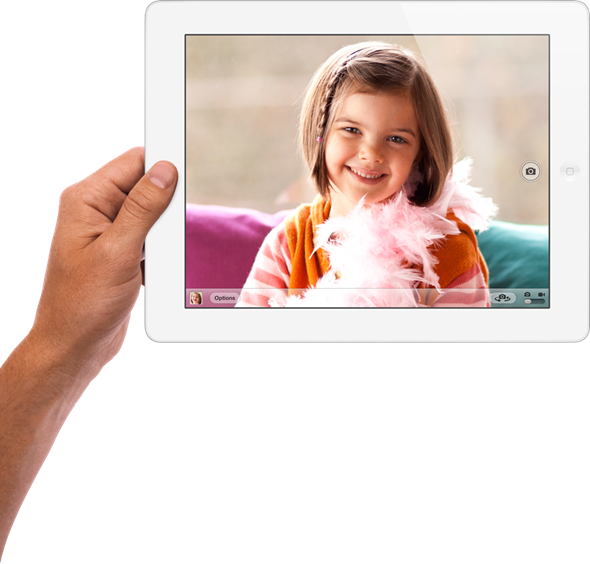 The Dev teams really had to unite in order to break iOS 5 on the A5 devices, and one suspects a similar sequence of events with the new device, which will run on the newly-released iOS 5.1.

Neither Verizon nor AT&T have commented on the 4G restrictions, but we’d love to hear what you guys think. Feel free to drop us a comment via the usual mediums at the bottom of this post.