At this present moment, the tablet market is a two-horse race consisting of Android tablets, and Apple’s iPad range. The third iteration is set to begin retailing tomorrow morning at 8am, with many fanatic consumers expected to be queuing through the night tonight ready for doors to open.

Although much of the news over the last few months has mainly encircled the fruit company’s Retina-toting device, there has also been a lot of coverage of Redmond-based Microsoft — namely the Consumer Preview of its upcoming Windows 8 operating system. It was seeded by the software maker on leap year day, and the response of the public has been relatively positive — even though not everybody has been thrilled to see the back of the traditional Start Menu.

Windows 8 is certainly an OS which promises much, with Xbox and Windows Phone integration high on the agenda. The once-mighty Finnish outfit Nokia ditched its own Symbian pursuit in favor of a wholehearted leap on the back of the Windows Phone 7 platform, which was boosted by nabbing last year’s Mobile Operating System of the Year award.

Since then, there have been a couple of Nokia-WP7.x devices to market, and the Lumia 900 – set to pack in a 4.3-inch AMOLED display and a 1.4GHz CPU – is the next hotly-anticipated release from the collaborative effort. 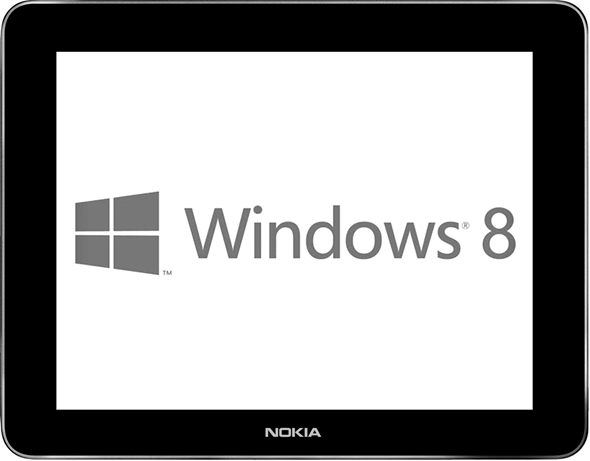 Now Marko Ahtisaari, Nokia’s Design Chief , has hinted that the company is considering the introduction of a Windows 8-based tablet. In an interview with Finnish magazine Kauppalehti Optio, Ahtisaari noted that he spends a third of his working hours on tablet development, and that Nokia are indeed "working on it".

A company spokesperson played their cards a little closer to their chest, saying:

We continue to eye the tablet space with interest, but have made no specific announcements.

From the above information, it’s fair to say that although some ideas have been put forth for a Windows 8 tablet, nothing particularly noteworthy has yet been created. Nevertheless, the idea of running the slick Metro UI on a tablet is an exciting one, and with Android really struggling to make any measurable ground on Apple’s domineering iPad, it may provide the catalyst for a pretty decent market share battle.