All things considered, it’s been a pretty solid year for Microsoft. With Xbox 360 + Kinect still selling like hotcakes, allied to Windows 8 being greeted warmly by PC users far and wide, the Redmond-based company’s mobile OS has now been acknowledged as the ‘Operating System Of The Year’.

Let’s not beat around the bush, Microsoft bashing throughout the web has been something of an institution during the last few years, with consumers quick to point the many frailties of Internet Explorer, while Windows Vista was a marked PR disaster, alienating many Windows enthusiasts who couldn’t understand why the world’s largest software maker had seemed to take a step back from Windows XP.

Times have changed now, though, and the future certainly looks bright. Kinect was the fastest selling gadget of all time when it released late last year, and has bolstered strong sales of the Xbox 360 console which now stands as the consumers’ number one choice. Despite online multiplayer through Xbox LIVE being the only of the three major consoles to charge for such a feature, it still managed to outsell rival Sony’s PlayStation in terms of copies of Call Of Duty: Modern Warfare 3 by almost a million in the opening week, suggesting consumers much prefer Microsoft’s console offering. 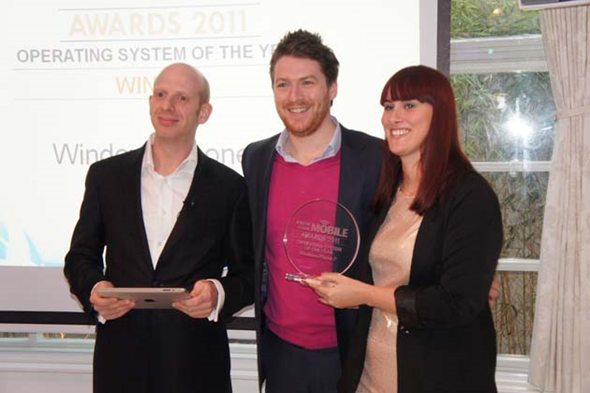 Allowing mere mortals to preview Windows 8 Alpha – something almost always reserved for developers – proved to be a positive move too, with 500,000 opting to download and test out the future OS in the first 24 hours alone. With OS X Lion managing around double that in its first day and night as a download-only release, it does seem that faith in Microsoft is well and truly on the mend.

Windows Phone is still rather a long way behind Apple’s iOS and Google’s Android in terms of market influence, but is still in infancy, and recognition for such awards certainly highlights its potential. Comments from the awards ceremony noted that Windows Phone "has the most potential, with a unique interface and a rapidly growing apps selection."

Compliments were also delivered regarding the UI, and the fact that it doesn’t look like the big two in the mobile game is certainly to be seen as a positive thing.

Judges also stated it is an "innovative interface, with more success to come," and with so many consumers apparently keen on the Metro movement, who could argue?