For better or worse, lots of people get their movies via torrents. One of the things that often puts people off the process is the unwieldy way of getting movies down the pipe and then onto a TV. Popcorn Time beta, which is an app for Android, seeks to rid users of the headaches usually associated with BitTorrent by making it possible to stream torrents on the fly. It’s been a popular app since its introduction, but the new beta 2.0 release is sure to take things to a new level.

The main reason for that is the addition of Chromecast support. As with all other Chromecast compliant apps, getting video from the Popcorn Time and onto the big screen is just a case of stabbing at the right button, and away you go. If you want a nice, easy way to watch movies from torrents and not have to put up with small screens, then a Chromecast dongle and Popcorn Time app is well worth a look, especially considering the former’s ridiculously low price of $35. 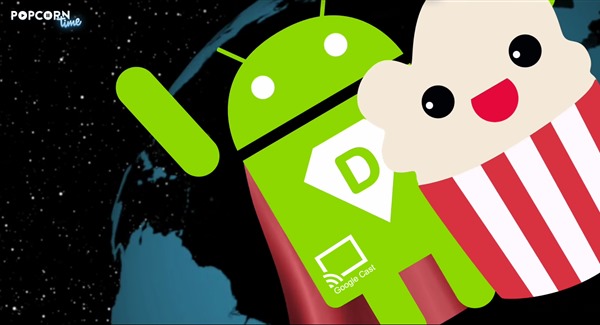 Beyond the Chromecast support, Popcorn Time also adds a completely native user interface as well as automatic app updates to make sure that you’re never missing out on new features or bug fixes. Faster downloading is also included in this update, as is support from more devices than previous versions, which is always a good thing in our book.

As will always be the case with BitTorrent though, privacy will be a concern for many. Popcorn Time says that a new version of the app, due in around a week’s time, will include a free VPN. Just how much privacy that provides will depend on your point of view and how much you trust that VPN provider. Still, Anything has to be better than nothing, as they say.

We noted this before as well, and we’re going to say it again: the app is legally ambiguous, and we don’t, in any way, recommend downloading such apps for consuming content. Always take the legal route if you want your fix of entertainment.

We’ve warned you. Spread the word.