Shazam For iOS Now Lets You Play Full Song Tracks Directly In The App, Here’s How It Works

Not content with already having singlehandedly cornered the music recognition market, Shazam has just updated its iOS apps to include some new music streaming integration that will see users able to identify and then listen to entire tracks without ever having to leave the comfort of the Shazam app.

With the newly updated apps, both the free Shazam and paid-for Shazam Encore varieties, users will be able to point their device at anything playing music and then, once the app has worked its magic and identified what is playing, listen to the full song themselves using Rdio as the music source. Where previous versions of Shazam kicked users out to the Rdio app in order to stream music, the newly updated version can do all that streaming whizbang wizardry right from within the Shazam app itself. 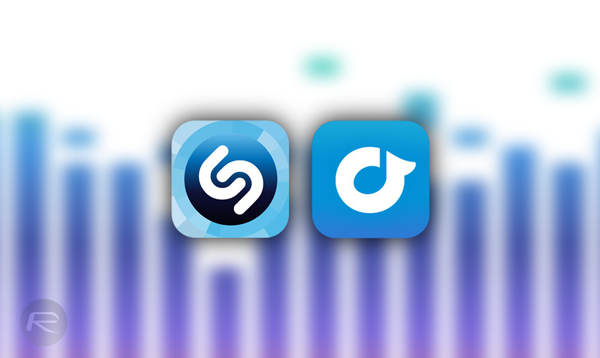 If they find themselves in a time or place where they don’t want to listen to a track immediately, users can add it to a playlist of their choice, or a generic Shazam playlist that can be used as a staging area. All of these playlists are then obviously accessible via the Rdio app itself, adding to the integration between the two services.

Users of Spotify or other competing products will no doubt look on with some sense of jealousy, and we can only hope that the Shazam will break this feature out to services other than Rdio at some point in the future. We suspect there was a decent chunk of money handed over to make the deal in the first place, however, so maybe we shouldn’t expect a service-agnostic version of Shazam any time soon. 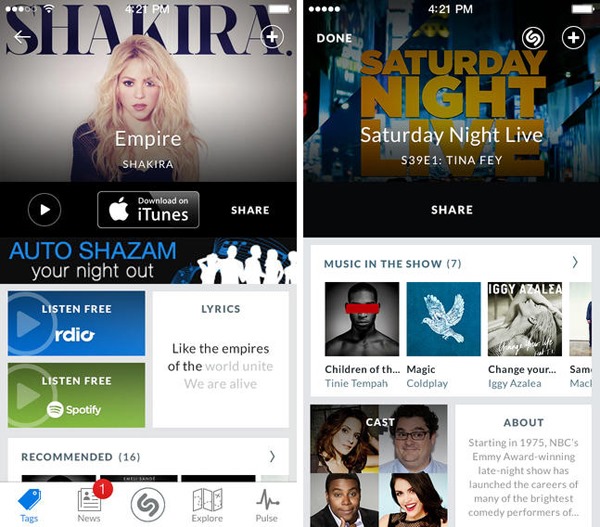 With the introduction of iOS 8 later this year, Shazam will also be built right into the operating system, again cementing the service’s position as the premier way of identifying songs using nothing more than a device’s microphone.

Both the free version of Shazam and the $6.99 Shazam Encore have been updated and are available to download form the App Store now. And if you have the apps already installed, then simply update the said apps to take advantage of the new features.