The Best iOS Apps And Games Of 2017 Announced By Apple

Around this time of year, Apple likes to shine a spotlight on some of the apps and games and media that were popular throughout the previous year. 2017 is no different, with top apps, games, books and music being given some attention.

Of note this year are the iPhone and iPad apps or games that the App Store team chose to highlight. On the iPhone, meditation app Calm and popular game Splitter Critters were at the very top of the pile, while over on the iPad it was all about creation with Affinity Photo and puzzle game The Witness took the top spots. 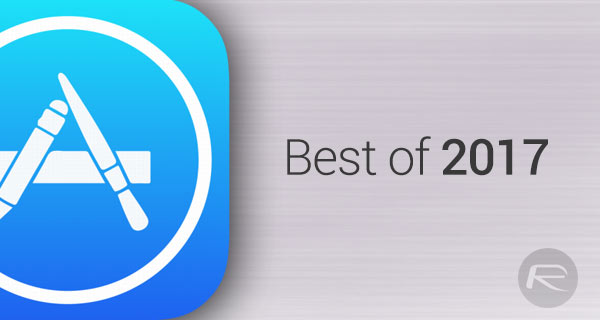 Taking a look at trends for the year, Apple has also published the top apps for 2017 across multiple App Store categories and charts. Top free iPhone apps included many that you would expect to be mainstays, including Bitmoji, Snapchat, YouTube, Facebook Messenger, and Instagram. When it comes to paying money for apps, the likes of Facetune, Tabs & Chords, Enlight, and the 7 Minute Workout Challenge all make an appearance.

Full details on which apps and games proved the most popular can be found via the App Store on either an iPhone or an iPad, with Apple understandably wanting to celebrate what it sees as success stories across both platforms. One thing is clear though – when it comes to games, free is king with the likes of Roblox doing well but there are plenty of paid-for games proving popular. Mario Run, while a free initial download, does essentially require an in-app purchase and Minecraft is an ever popular choice on the iPad.

Apple also goes on to discuss the Trends of 2017, showcasing AR powered apps such as the Ikea Place. 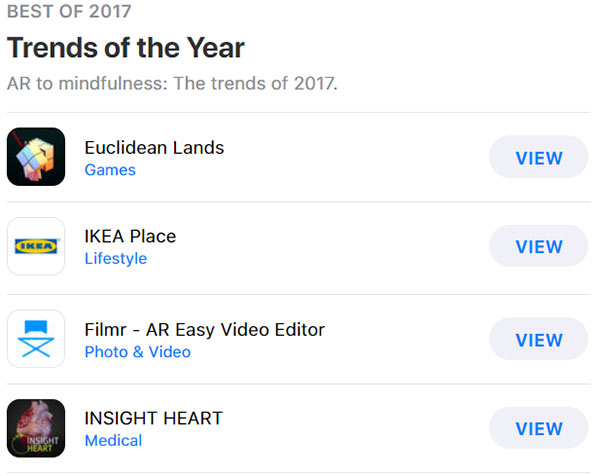 In addition to apps and games, on Apple Music we have Drake’s “More Life” album topping the list, while the top movie of the year award goes to Moana.

With Christmas likely to be a big holiday for iOS devices, anyone with an app in one of these lists can no doubt look forward to big download numbers for December and January.

For more on Apple’s top apps, games, books, movies etc. for 2017, hit the source below.