Sega’s Genesis, or Mega Drive, for those of us living in Europe, was one of the highlights of our childhoods, so when Sega sees fit to bring classic games to the iPhone and iPad, we have to admit to being a little bit excited.

When one of those games is Streets of Rage, however, it’s all we can do to avoid letting the excitement reach fever pitch. 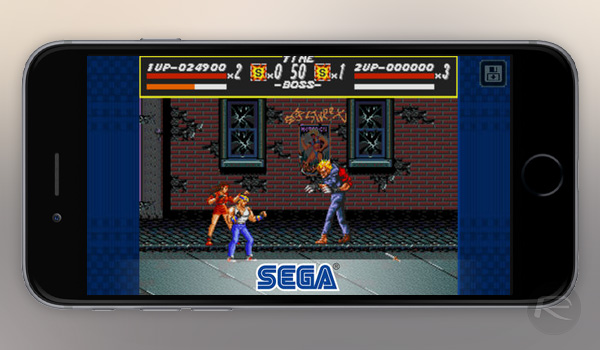 Released as part of the ever-expanding Sega Forever collection, Streets of Rage is now available for both the iPhone and iPad and is a free download. There is, however, a $1.99 in-app purchase that will take out all of the ads, and at that price, we think you would have to be a little crazy not to do exactly that.

Released for the first time back in 1991, Streets of Rage is a side-scrolling beat ’em up that was best played with a friend. To that end, the iOS version of the game supports local WiFi co-operative play across multiple devices and even has support for MFI controllers for those who shudder at the thought of using a touch screen to play such a classic.

Three cops, a city on the edge, and a crime lord known only as Mr. X – welcome to one of the all-time SEGA greats. Arm yourself with knives, bottles, and drainpipes and battle through eight thug-infested urban environments to bring order to the city. Relentless, explosive, and addictive as hell – Streets of Rage is the grand-daddy of beat-‘em-ups! 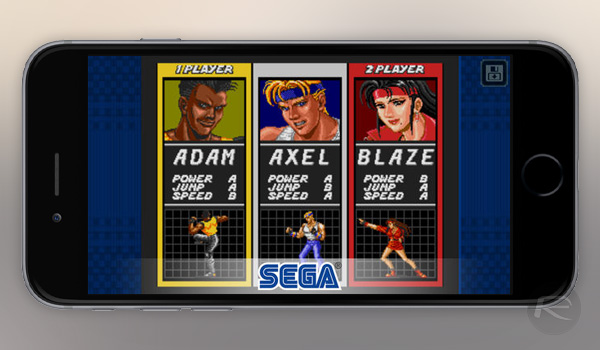 This Streets of Rage release comes two weeks after the ever popular Sonic the Hedgehog 2 also arrived on the iPhone and iPad as part of the Sega Forever collection. Hopefully, Sega will keep the hits coming!

(Download: Streets of Rage for iPhone, iPad on the App Store)