Thanks To iPhone X, Apple Set To Overtake Samsung As The World’s Largest Smartphone Maker

Apple’s newly released iPhone X will be the driving force behind Apple’s overtaking of Samsung as the world’s largest smartphone maker during the fourth quarter of 2017 according to a new report by Taiwanese market research firm TrendForce.

TrendForce’s numbers have Apple taking 19.1% of the market during the quarter which will include the traditionally busy holiday period, with Samsung able to take 18.2% of the market. The remainder of the top 5 manufacturers will include Chinese minnows Huawei, OPPO, and Xiaomi. 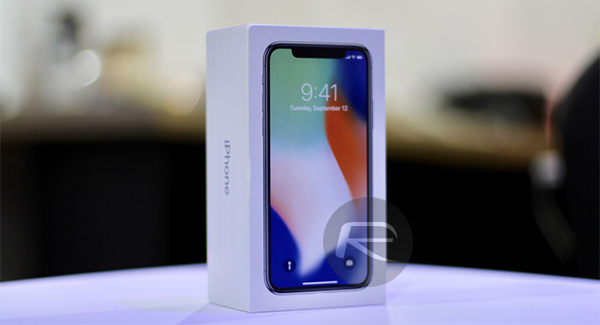 If the results suggested by TrendForce do come to fruition, Apple’s surge to the top spot will be particularly impressive given the sheer number of different smartphones Samsung sells in different markets and for many different price points, with some costing as little as $100. By comparison, the least expensive iPhone available today is the iPhone SE at $349.

Samsung is expected to slightly scale back the production of its high-end models in the fourth quarter as the brand is seeing the sales of its smartphones being squeezed by the strong demand for Apple’s latest iPhone devices. TrendForce estimates that Samsung’s fourth-quarter total volume will come to 77 million units, a 5% drop from the third quarter.

Worth noting at this point however is the fact that Apple traditionally enjoys a strong fourth quarter thanks to the fact it has historically launched new iPhones just ahead of it. 2017 is no different, except the fact that Apple launched two new classes of high-end device in the iPhone 8 (and iPhone 8 Plus,) and the iPhone X. Both have sold well, suggesting Apple does posses the ability to grind its way to top spot ahead of a Samsung which has been crowned top dog previously.

In other news, market research firm Canalys believes that the iPhone 8 Plus outsold the iPhone 8 following its launch at the end of September with shipments of 6.3 million units and 5.4 million units respectively. If accurate, this would be the first time the larger of the two iPhones launched has outsold its smaller alternative in a single quarter.