It’s similar to the canceled AirPower wireless charger from Apple, but isn’t capable of charging an Apple Watch. It can, however, charge three devices at once. 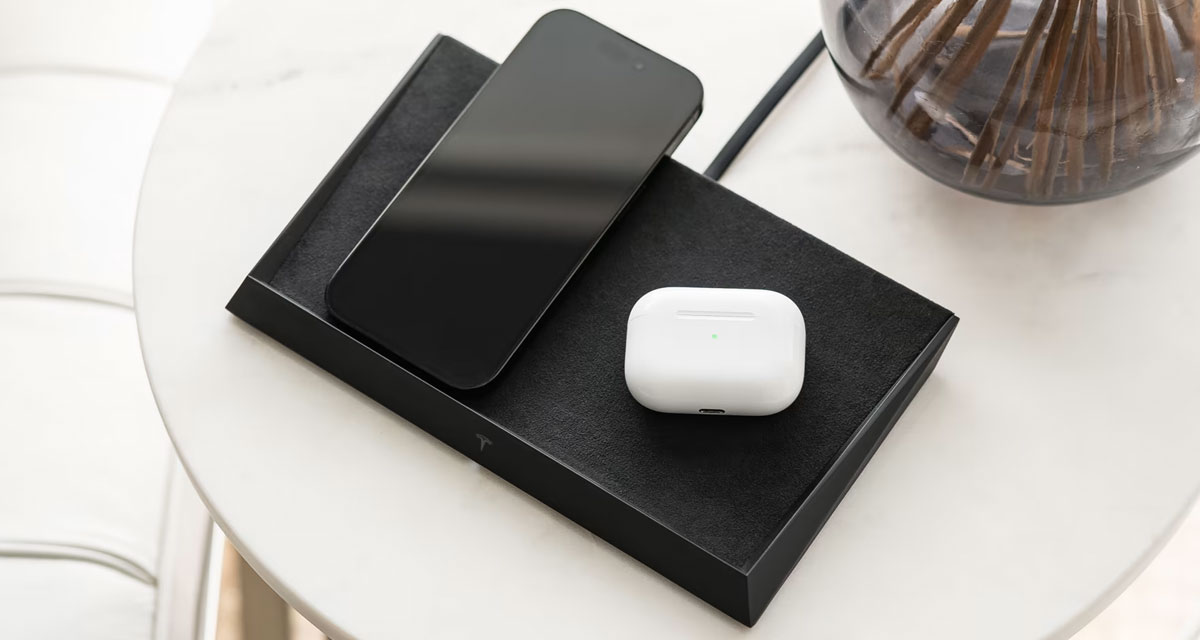 The new charger can power each of those three devices at up to 15W each, and the minimal aesthetic will surely apply to plenty of people. Tesla says that the angular look is all designed to remind people of the Cybertruck, which makes sense when you see the thing.

Inspired by the angular design and metallic styling of Cybertruck, our Wireless Charging Platform provides 15W of fast charging power per device for up to three devices simultaneously. Its sleek design is composed of an aluminum housing, premium alcantara surface and a detachable magnetic stand that allows you to lay the charger flat or at an angle for better viewing. Featuring FreePower(R) technology, which charges your Qi capable devices such as phones or earbuds placed anywhere on its surface without precise alignment.

The charger costs $300 which isn’t cheap by any stretch of the imagination, but it’s also around the price that Apple was expected to charge for the AirPower device. 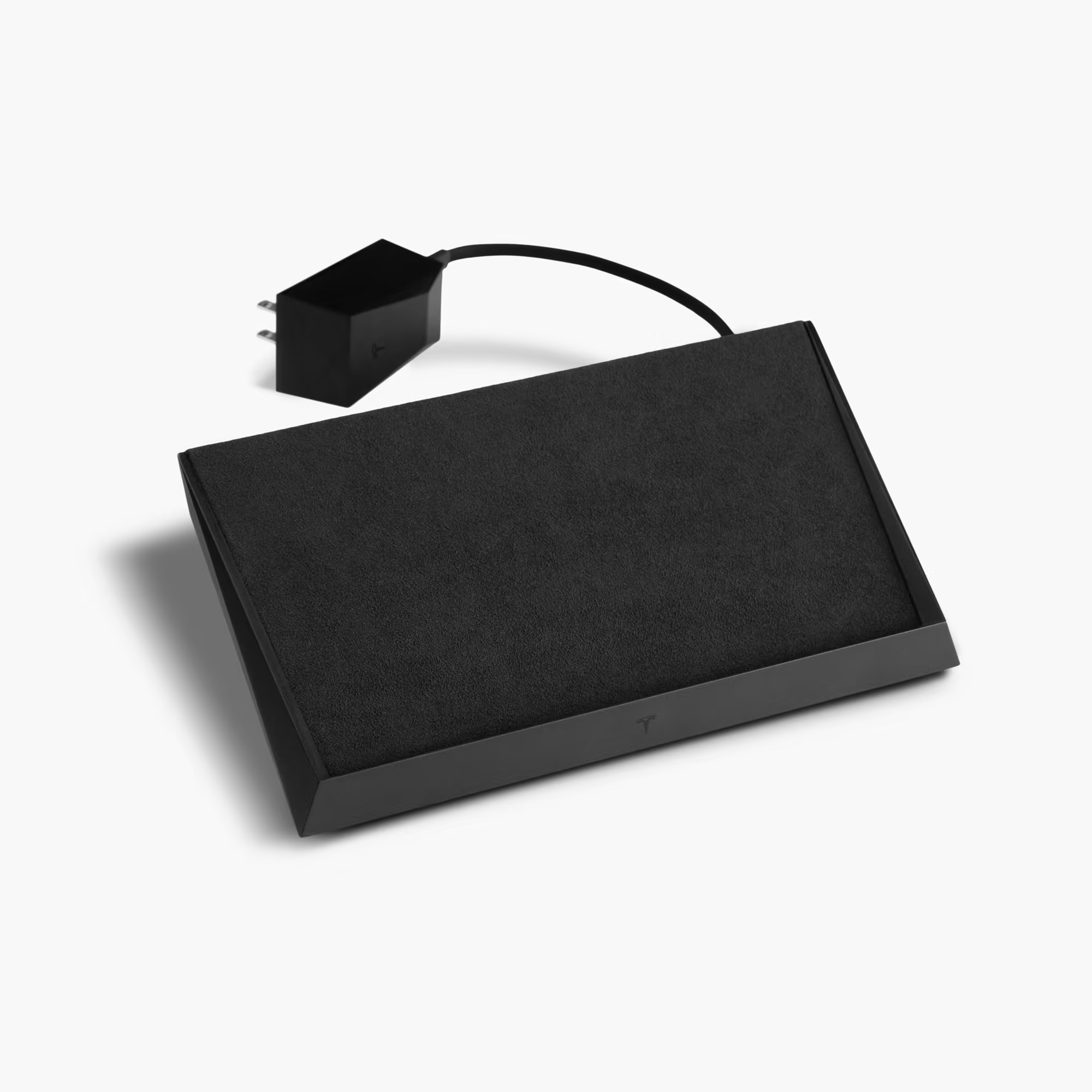 This Tesla product does at least come with a 65W USB-C power adapter in the box, although the USB-C cable itself is integrated into the charger’s base.