The Tesla 2022.44.25.1 holiday update has started to roll out and it includes one big feature that drivers have long been asking for — there’s finally support for Apple Music.

The Apple Music support is something that was first leaked when the app was spotted on a car that was being shown at a museum in partnership with Tesla.

This app appears to be the same one, and it can be used in much the same way as you might expect an Apple Music app to work.

Stream over 100 million songs and 30,000 playlists ad-free.
Listen to your entire library, discover new music, and tune into live radio stations. To access Apple Music, tap the Apple Music icon in the Application Launcher, scan the QR code with your mobile device, and login with your Apple ID.

Scanning that QR code, displayed on the Tesla’s in-car display, allows users to log into their existing Apple ID using their iPhone. That ensures that all listen data is matched up with their account and that all of their playlists and whatnot continue to be available even when driving. 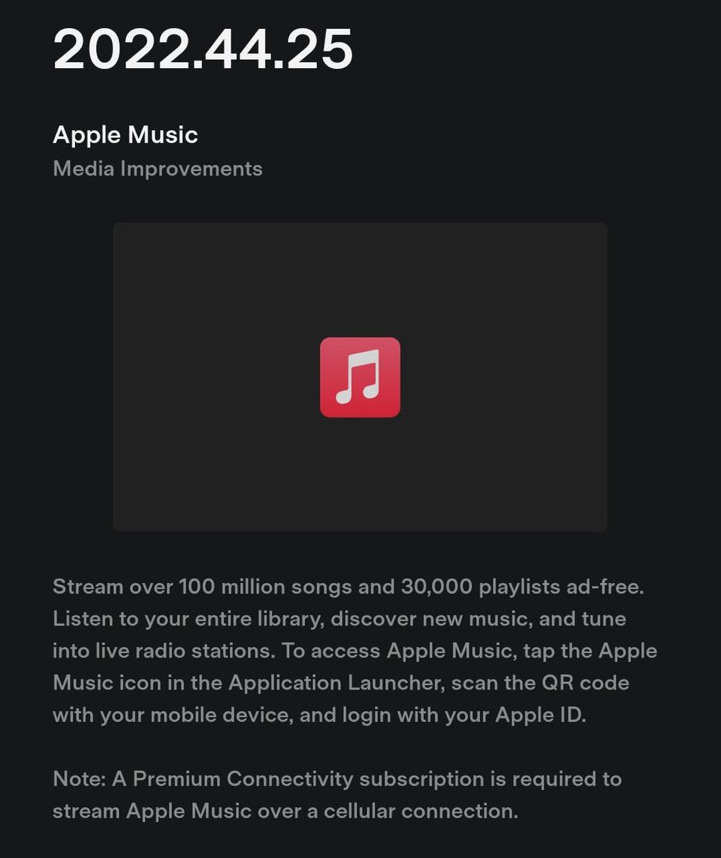 Tesla has taken a long time to make Apple Music streaming available for its cars but this new update finally adds it. You’ll need to make sure that you’re using the software version 2022.44.25 in order to get in on the music streaming fun, though.