Why put your hand in your pocket and pull out more cash then you actually need to in order to introduce some nice shiny new technology into your life? We understand and sympathize with the necessity to occasionally part with large sums of cash for technology-based hardware. That’s why we regular scour the online world for the best deals that we can find on sought after tech products.

Today’s deals include an array of Samsung TVs, an octa-core powered 4G-LTE-capable Android smartphone under $100, EA Sports UFC 2 for Xbox One and PS4, and a quick charger for Android devices.

The deals listed here are time sensitive, so if you have your heart set on a particular offering here, you best act fast and keep that credit card warmed up before the prices fall back to their original standing. 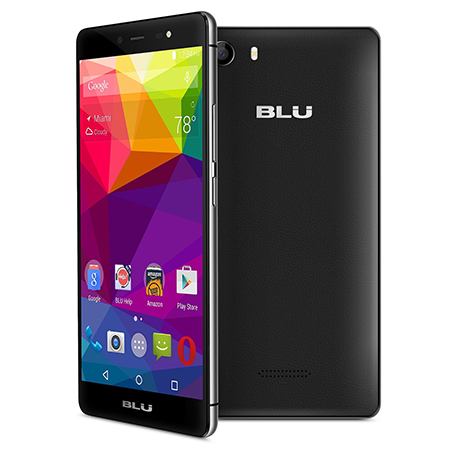 If you want to introduce a new smartphone into your life, but don’t want to jump on the Apple or Samsung bandwagon by grabbing an iPhone or a Galaxy device, then how about the BLU Life One X? This unlocked Dual SIM smartphone comes with Android 5.1 Lollipop pre-installed and packs a full HD 5.2-inch display with Corning Gorilla Glass 3. At the heart of the device is a 1.3GHz octa-core processor coupled with 2GB of RAM and 16GB of internal storage. There’s also an impressive 13MP rear-facing camera, and a 5MP front-facing unit for those selfies.

This deal basically gives you an Android phone with the specs of any major flagship out there for less than $100 bucks! 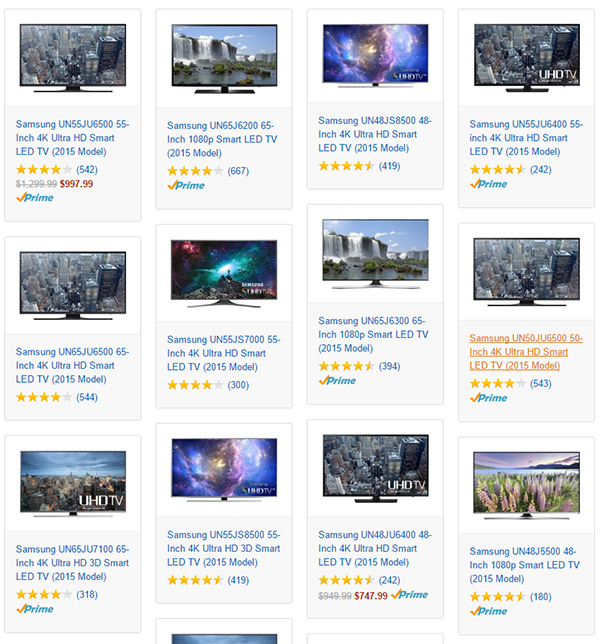 It’s probably fair to say that most of us will interact with a TV on almost daily basis. That could be watching cable TV, playing a video game, or even streaming content through the likes of Netflix. If you’re after a brand new TV to consume all of this content on, then how about checking out the magnificent deals that can be had on a wide array of Samsung TVs? There’s enough in this little list to suit all needs and desires.

Buy: Samsung HD/Ultra HD LED TVs from Amazon: Up to 50% off 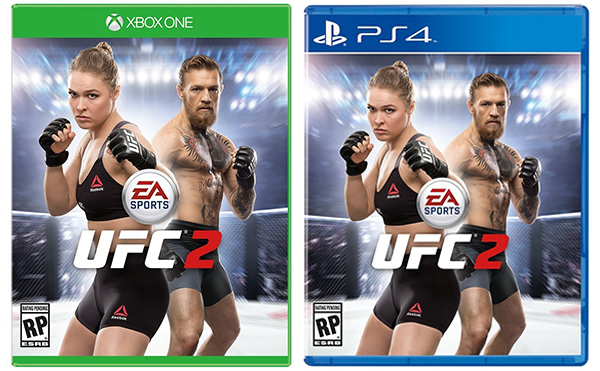 The front cover of this excellent little mixed martial arts game may be adorned by two MMA fighters who have recently been beaten in sensational fashion, but that doesn’t make the game itself any less exciting. Connor McGregor and Rhonda Rousey sit nicely on the cover of this EA title, and fans can grab a slice of the action on PlayStation 4 or Xbox One for a great little $39.99 price tag. 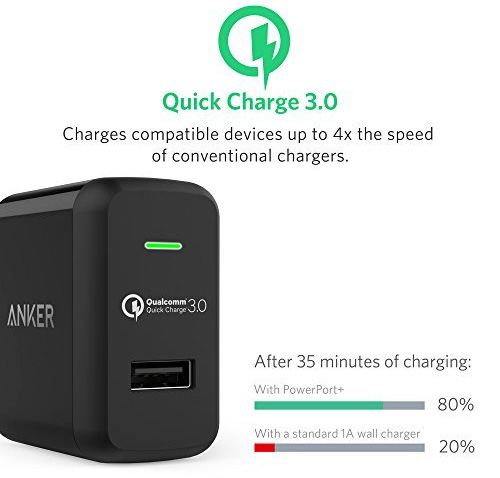 Anker likes to market the fact that there is more than 10 million individuals using its devices to power mobile technology, and now, for less than $20, you could join that growing army of people. This handy little wall charging product comes equipped with Qualcomm Quick Charge 3.0 and offers compatibility with devices like Samsung’s range of Galaxy smartphones for fast charging.

To get it for discounted price of $16.99, you will need to use this promo code TD9EZ56Q at checkout.