A new Android tablet widget could make accessing all your contacts, calendar events and social networks as easy as pie, and best of all, it’s free.

We don’t cover many apps that are made specifically for Android tablets here at Redmond Pie. Many of you may think that the reason for that is some kind of fanboyism for Apple’s iPad, but you’d be wrong. See, we love technology here at Redmond Pie towers, but the problem is, Android tablets just don’t really register on the radar for a couple of reasons. The main one, is a lack of apps.

Tabr Widget is one app that has caught our attention, though.

Well, we say app, but as the name suggests, Tabr Widget is more of a widget than an app, but it’s near enough for the purposes of the intro so you’ll just need to humor us for a minute.

What Tabr Widget does is actually pretty simple, but we say that after we’ve seen it, and if everyone had thought of it then Tabr Widget wouldn’t have caught our eye. What the widget does is provide handy access to a variety of functions that many of us who live our lives online rely on. 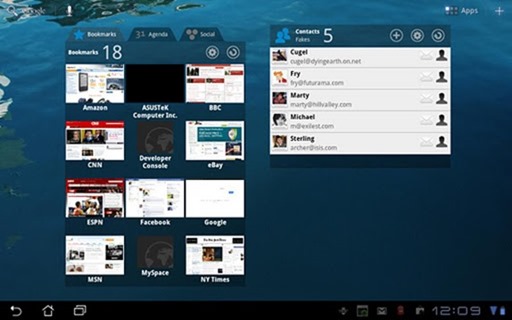 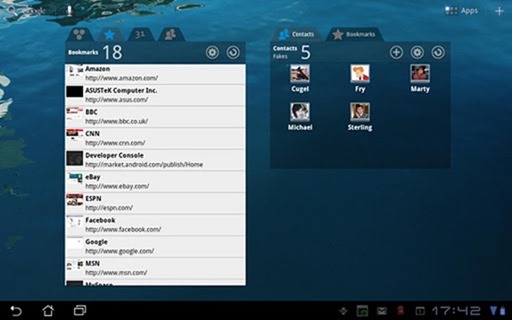 For example: Tabr Widget can display all your contacts, which is pretty useful in itself. It can show all your calendar appointments, too, as well as a social network of your choice. Want your contacts, calendar and Facebook stream at the touch of a finger in a large widget that fills your tablet’s screen? Of course you do, and Tabr Widget is just the solution.

Oh, and did we mention the widget can also display all your favorite web bookmarks? 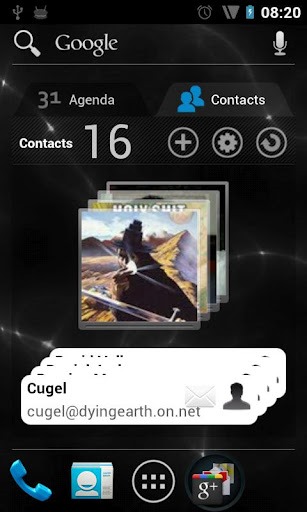 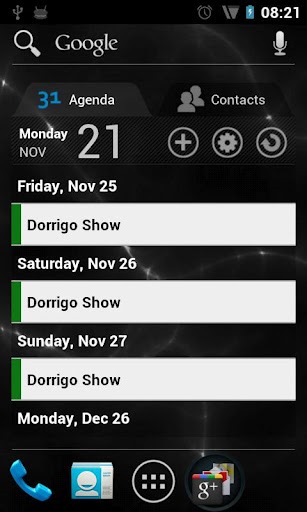 Once downloaded for free from the Google Play store, you’ll need a couple of required apps too, which are also free. The additional downloads are used to add some of the functionality to the widget itself, so you’ll be wanting to grab them.

Tabr Widget is one of the few apps on the Google Play store which has been built with tablets in mind, so we commend the developer for that. Unfortunately, the people behind this widget are in the minority, with Android-powered tablets still very much forgotten amongst Android developers.