Apple announced the new iPhone 14 yesterday and while the company is making a big deal about the new capabilities of even the mid-range iPhone 14, one person isn’t that impressed.

Eve Jobs, the daughter of Apple co-founder Steve Jobs, doesn’t seem to think the new iPhone is all that impressive.

Jobs’ daughter posted a meme to Instagram that mocked the new iPhone 14, suggesting that it isn’t sufficiently different to the outgoing iPhone 13 to warrant an upgrade. The meme shows a man wearing a shirt while holding up a new, identical one.

The caption read “Me upgrading from ‌‌iPhone 13‌‌ to ‌‌iPhone 14‌‌ after Apple’s announcement today,” with the post going out to hundreds of thousands of followers.

The Instagram post has now been deleted although it isn’t clear whether the younger Jobs made the decision herself or if someone suggested it might be the best course of action. 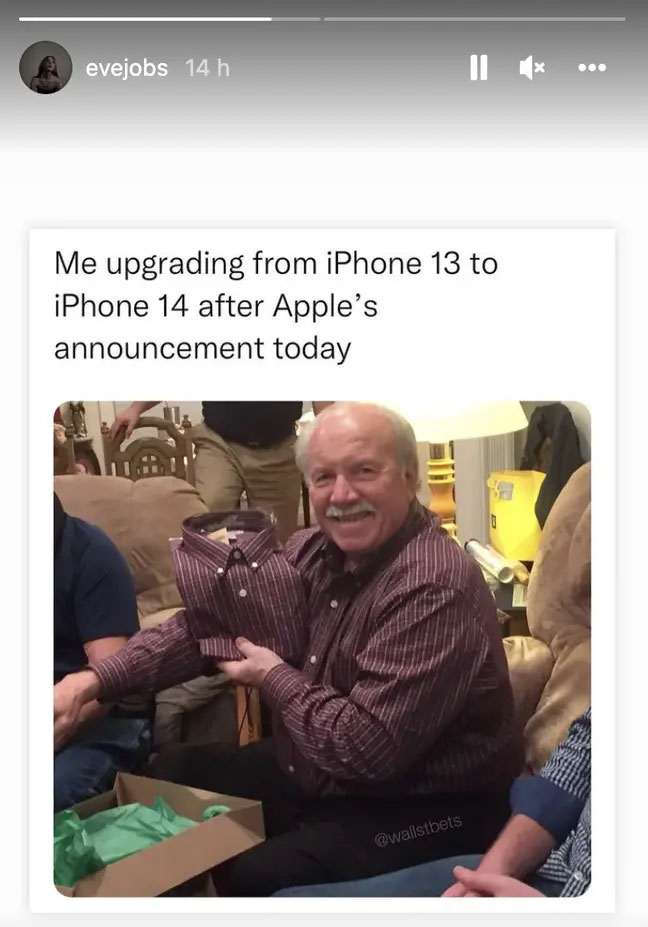 Apple’s new iPhone 14 is very similar to the older iPhone 13 both in looks and capabilities. However, Apple does point out that the new device includes improved camera features.

However, there is little doubt that anyone who wants to get the most improvement this year needs to go for an iPhone 14 Pro thanks to its new cameras, faster A16 Bionic chip, and an all-new always-on display.