Microsoft CEO Steve Ballmer and Chief Software Architect Ray Ozzie are live right now from D: All Things Digital Conference (aka D8 Conference). It will be interesting to see how the two top executives of Microsoft answer all the questions related to ongoing fierce competition from the likes of Apple in consumer space, and from Google in web and enterprise space. 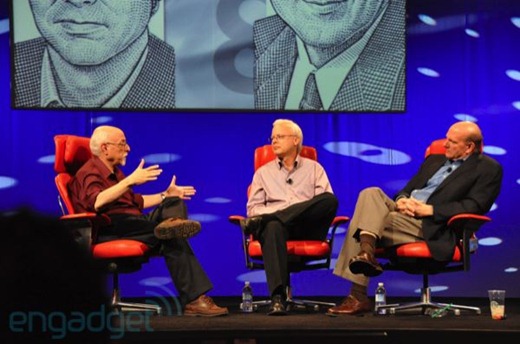 As an indicator of the headwinds facing Microsoft and its CEO Steve Ballmer today, two pieces of news last week are worth considering. The first, that Apple (AAPL) had overtaken Microsoft as the world’s most valuable technology company, would seem to signal that Microsoft (MSFT) is no longer quite the driving force in technology it once was, particularly in the consumer space. The second, word of a restructuring that will give Ballmer greater oversight of Microsoft’s Entertainment and Devices Division, indicates the company is scrambling to change this.

The enterprise space, though, is a different story, as Chief Software Architect Ray Ozzie, who joins Ballmer onstage tonight, will tell you. In enterprise, Microsoft is still the undisputed leader, though here too, the company is under attack by new on-demand computing services from formidable rivals like Google (GOOG) and Amazon (AMZN).

The official blog of All Things D is covering all the details LIVE. Head over to this link to catch all the action as it happens.