Apple’s iPhone 7 may not be selling like gangbusters when compared to the previous year’s numbers, but that did not stop it from being the best-selling smartphone during Q1 2017, according to new numbers released by Strategy Analytics.

Apple, of course, does not release iPhone sales in a format that has them displayed per model, but Strategy Analytics believes that the iPhone 7 accounted for 6.1% of all smartphones shipped during the period, while the iPhone 7 Plus made up 4.9% of shipments. 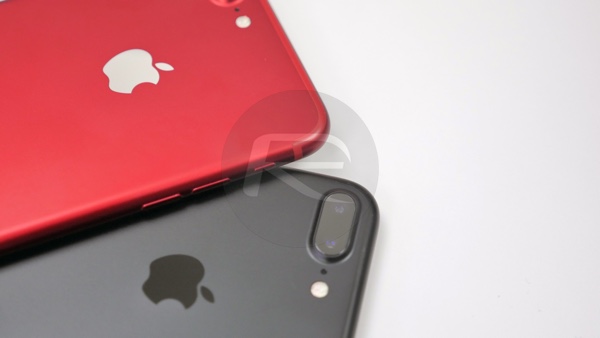 According to the numbers released by Strategy Analytics, Apple moved 21.5 million iPhone 7 handsets during the first quarter, while the pricier, larger iPhone 7 Plus boasted numbers reaching 17.4 million devices. Across the board, Strategy Analytics’ research suggests that 353.3 million smartphones were sold during the period. That represents a slight increase from 333.1 million in the same quarter the previous year.

Apple’s own numbers have it selling 50.7 million iPhones (all models combined) during the same quarter, leaving a smidge over 10 million units accounted for by older models.

Neil Mawston, Executive Director at Strategy Analytics, added, “OPPO R9s shipped 8.9 million units for third place and 3 percent marketshare worldwide in Q1 2017. OPPO is largely unknown in the Western world, but its brand is wildly popular in China and growing rapidly across India. The R9s is OPPO’s flagship 4G device with key features such as dual-SIM connectivity and fingerprint security.” 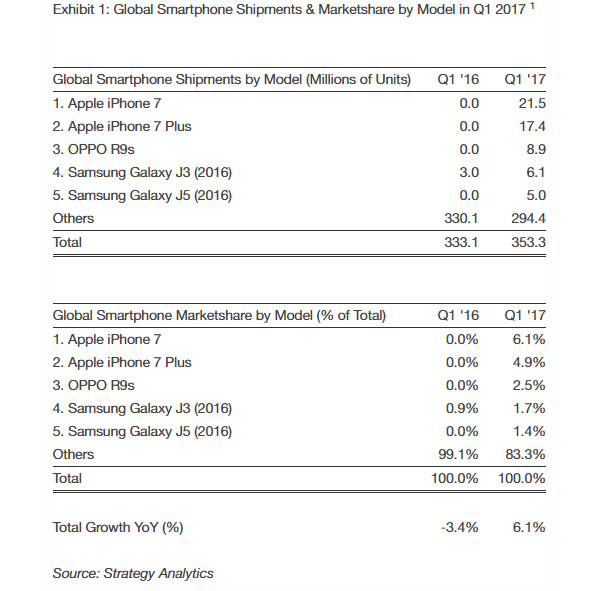 With Apple’s iPhone 7 and iPhone 7 Plus accounting for the first and second spots in the best selling table, the third surprisingly went to Chinese firm Oppo. Samsung follows up with its Galaxy devices, including the J3 and J5. Samsung’s loss is clearly Oppo’s gain, and the company will be hoping to make hay while the going is good. It isn’t every day you get to sit between Apple and Samsung on a sales chart.