Facebook may hold the title as the world’s largest social network with over nine hundred million active users, but the more discerning social lovers amongst us know that the real action happens over on Twitter. From a personal point of view, Facebook seems to be the place where you go to politely acknowledge the people you chose to keep your distance from during your school and university days, whereas Twitter seems to be a haven for genuine partnership building and interacting with people who share the same passions and interests.

There are more than enough apps on the iOS App Store that allow integration with the Twitter service. Twitter themselves offer an official free of charge app with the likes of Tweetbot, Tweet Time and Twittelator Neue being additional popular downloads. When you consider how many Twitter apps exist that all follow the same design conventions and functionality sets, it’s always nice to find one that steps away from the norm and finds a unique and extremely useful way to implement the service’s API. Out of the ones that manage that, the Starred app for iPhone and iPod touch has to be one of the best and most useful. 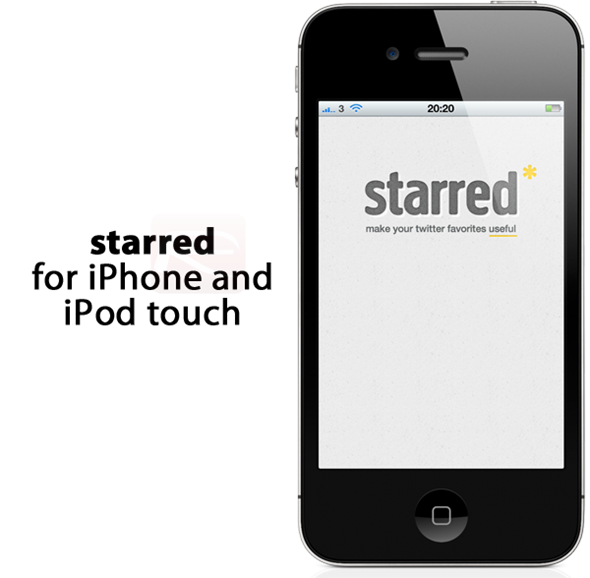 Starred makes use of the supplied Twitter credentials to hook into the favorites which the particular user has stored against their username. After collating the list of favorites together, the app then organizes them into a rather gorgeous looking tabled reading list that makes it extremely easy to rifle through and select individual entries to read. In essence, the Starred app offers functionality that is similar to saving webpages into a read it later type service, but uses a Twitter account stored favorites as the data source. 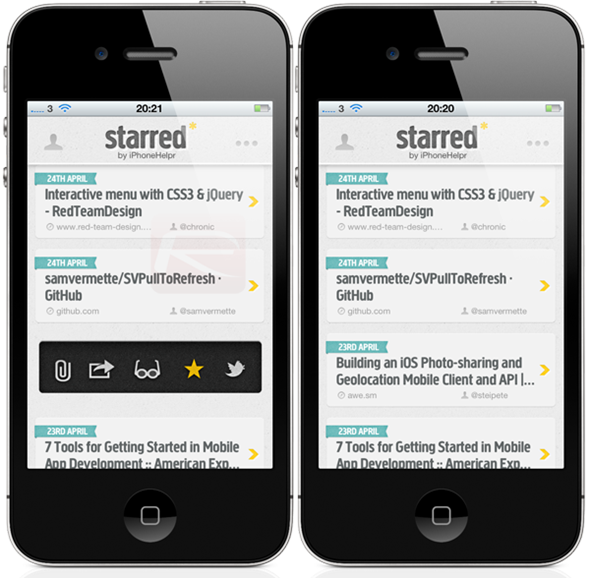 One of the main purposes of Starred is to bring the attention back to the tweets, comments, photos and links to articles online that have been saved. By having a separate app and unique interface, the the user is encourage to eventually sift through everything they have saved and actually read it as well as having the ability to share it with others. A bookmarking service for Twitter. A simple idea, insanely useful and perfectly executed. 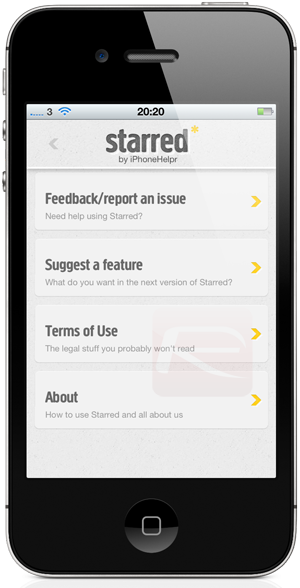