Roughly nine months after it was announced at last year’s E3, RPG shooter Outriders is back with a gameplay reveal. In a livestream earlier today, developer People Can Fly of Bulletstorm and Gears of War: Judgement fame walked viewers through what makes their upcoming co-op game tick.

The studio also announced a delay, the latest in an ongoing spree, that will see the game pushed back from its original release window of Summer 2020, though in this case, the developer has a more palatable excuse – Outriders is being prepped for the next generation of consoles. Publisher Square Enix now intends to release the new IP on Xbox Series X, PlayStation 5, PlayStation 4, Xbox One, and PC through Steam come Holiday 2020. 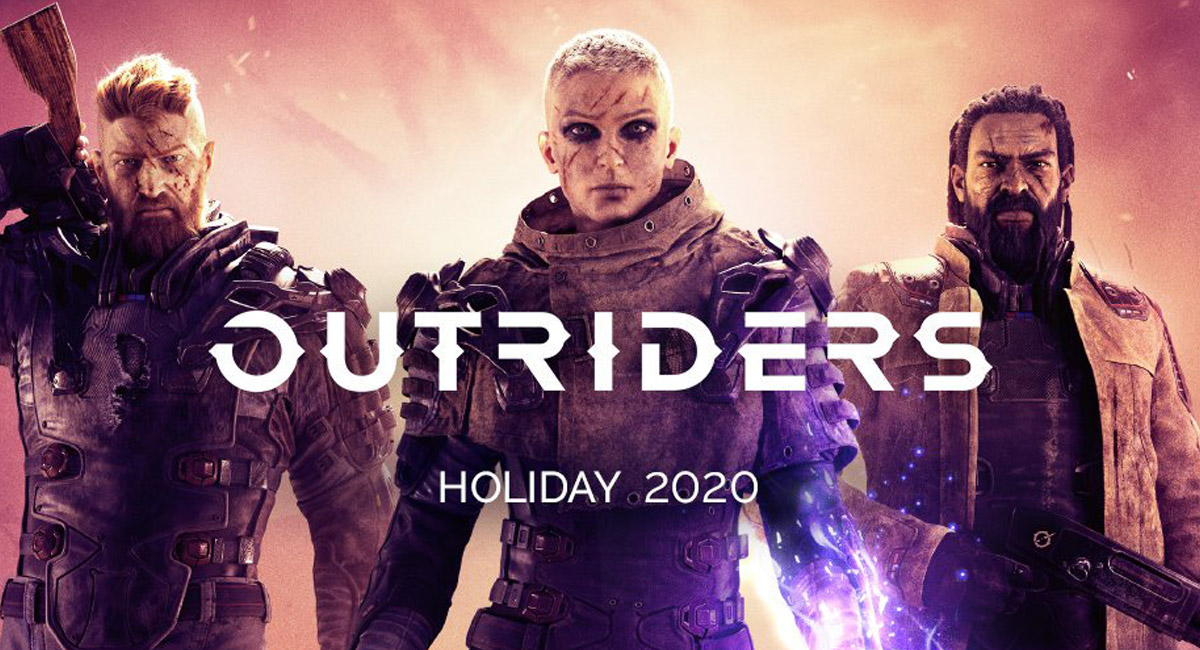 From the gameplay shown, Outriders looks like a cross between modern looter-shooters and Gears of War. It takes the cover-based combat of the latter and melds it with the RPG elements and tactical abilities of Destiny. There’s a hint of The Division in there as well, though given the game’s sci-fi premise, the comparison with Bungie’s loot grinder makes a tad more sense.

“Outriders is a 1-3 player co-op RPG shooter set in an original, dark and desperate sci-fi universe,” reads the description below the official reveal stream. “As mankind bleeds out in the trenches of Enoch, you’ll create your own Outrider and embark on a journey across the hostile planet. With rich storytelling spanning a diverse world, you’ll leave behind the slums and shanty towns of the First City and traverse forests, mountains and desert in the pursuit of a mysterious signal. Combining intense gunplay with violent powers and an arsenal of increasingly twisted weaponry and gear-sets, Outriders offers countless hours of gameplay from one of the finest shooter developers in the industry – People Can Fly.”

Unlike its peers, however, Outriders will not feature microtransactions, says People Can Fly CEO Sebastian Wojciechowski. The looter-shooter genre in particular is notorious for microtransaction-reliant business models, but Wojciechowski was quick to distance the new IP from the often maligned practice. “No lootboxes, no pay-to-win,” he stressed during the preview event. “We are not games-as-a-service!”

The game is available for pre-order right now on PC, PS4, and Xbox One.