According to reports surfacing from 9to5mac, Apple could be preparing to launch an iPad specific to Sprint. With the mobile carrier already confirmed to be bringing the iPhone to its line-up come October, it is believed a Sprint iPad will join the party shortly thereafter. 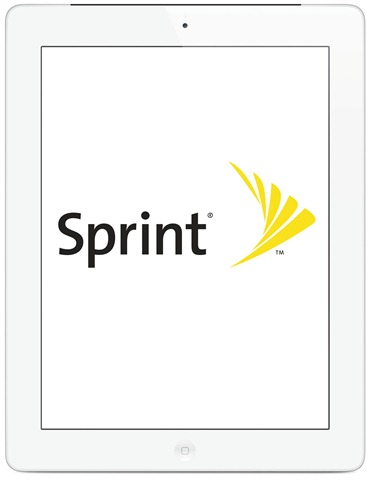 Sprint, as is the case with Verizon, uses the CDMA channel, although it is thought Sprint’s version of the iPad will differ significantly to that of its rival. Although there are no indications of it running on Sprint’s futuristic 4G WiMAX network, there must be some relatively important changes, otherwise it seems rather strange for Apple rejig the iPad rather than use the CDMA version already on Verizon’s books. Additionally, TUAW yesterday hinted at the possibility of a 4G iPad, but it seems doubtful that Apple would make such a significant change. One suspects that those looking for a 4G iPad will have to wait for the launch of Apple’s third iPad, unofficially branded the iPad 3, which could be hitting an Apple Store near you sometime in early 2012.

It does seem like we are still some way away from Apple making the jump from 3G. There have been several reports of 4G, or as Apple prefers, LTE implementation on its devices, particularly the forthcoming iPhone. The North American smartphone market is strewn with a whole host of 4G compatible devices  from the likes of HTC and old friend Sammy, with 4G coverage spanning major cities such as Chicago, Dallas, and Boston. Despite the U.S. being prompt with future connectivity, in Europe adoption is painfully slow. Despite many field trials and extensive testing, it is unlikely that 4G will be commonplace in Europe for a couple more years yet – and this lack of a worldwide buzz could be the primary reason behind Apple et al showing an apparent lack of enthusiasm for 4G.

Up until the last year or so, Apple’s mobile devices had been marred somewhat by the exclusivity of deals signed with single carriers. Before the CDMA version of the iPhone 4 allowed Verizon users to make the switch, AT&T was the sole carrier in partnership with the fruit company. Since then, it has been reported that most of the major US carriers, including T-Mobile, will soon retail the iPhone. A similar pattern was previously evident in the UK with O2, although it is now available on several networks, as well in China, where Apple is set to sign deals with China Mobile and China Telecom in order to increase the consumer base and spread the iPhone’s wings beyond China Unicom, currently Apple’s sole outlet in China.