Google Maps is a wonderful source of traffic news because it automatically turns a route red if it believes there are more cars than usual. That allows users and apps like Waze to route people around traffic, but it has its problems. Like, if someone decides to cart around 99 phones to confuse it.

That’s exactly what one man seems to have been doing. He’s been walking around with a cart full of phones, apparently keen to confuse Google Maps and affect how busy it feels particular streets and roads are. Because Google Maps saw the 99 phones, as well as their slow speed, it believed there was congestion and marked the area as such. That, in turn, started pushing people to alternative routes. 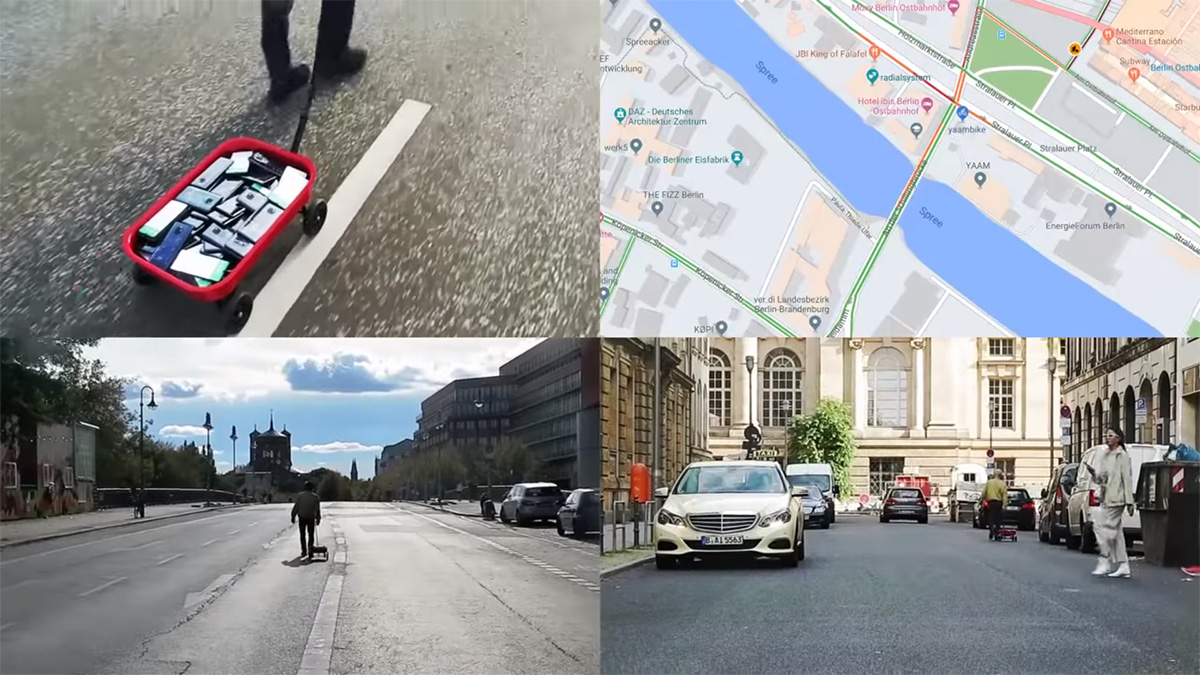 There’s a video on YouTube that shows the whole thing in action, and it’s all rather interesting to watch. It was done by artist Simon Weckert, with the man apparently wanting to create virtual jams on the streets of Berlin, Germany. And that’s exactly what he did.

While the move seems to have split opinion, with some believing it’s funny and others suggesting it very much isn’t, Google doesn’t seem to care much. In a statement made to 9to5Google, the mapping giant said that it was pleased to see its service being used.

Whether via car or cart or camel, we love seeing creative uses of Google Maps as it helps us make maps work better over time.

So, yeah. We still can’t decide how we feel about this, but it does show just how easily Google’s systems can be fooled if someone so desires.