We all know Apple’s rolling in the dough. It seems each time the company releases its quarterly results those numbers just keep on growing. 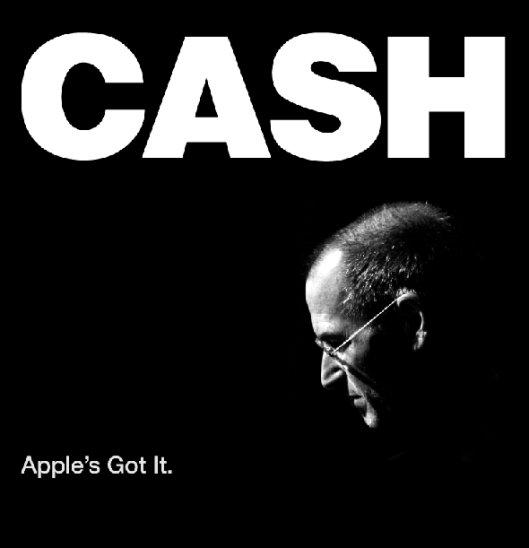 The recent release of the fourth quarter’s numbers had Apple’s profits at a record high, with $13.6 billion being added to the company’s war chest during the period.

New Apple CEO Tim Cook said during the recent earnings call that “we’re thrilled with our outstanding results and record-breaking sales of iPhones, iPads and Macs.”

Yeah, we can imagine you are, Tim.

The money is only going to continue to flood in with upcoming iPad 3 and iPhone 5 releases on the cards, but with Apple’s money seemingly knowing no limits, it’s often difficult to visualize just how much money is currently sat in its bank accounts.

Just to put Apple’s current financial situation into context, it’s worth remembering one little fact: Apple could conceivably write off the entire public debt of eight of Europe’s countries. Slovakia, Luxemburg, Bulgaria, Lithuania, Latvia, Cyprus, Estonia and Malta could all see their debt reduced to zero if Apple decided to be charitable one time. That’s both awesome and incredibly scary at the same time!

If you work for Apple it’s also worth thinking of the company’s money as such: if the company decided to share its cash pile out between its entire staff then each would receive a massive $6,622,516 windfall. It’s probably not on the cards though, so don’t get too excited just yet!

There are plenty of similar little tidbits on this infographic we got here, which has been put together to help us mere mortals get our heads around just how filthy rich Apple is.

The only real question that remains now is whether Apple will eventually own the entire planet, or decide that the best way to go is to just build a giant space ship and take itself off to Mars.

Or build its own moon. That would be probably the craziest thing any company would do, but it’s pretty nifty isn’t it?

Leave your thoughts about the infographic above on our Facebook and Google+ fan pages, we love to hear from you guys and your take on it.