With Apple releasing iOS 5 beta 2 to developers on Friday, we heard that Redsn0w could be used to jailbreak iPhones, iPads and iPod touches on both Windows and Mac.

Today we saw an update to Windows jailbreaking tool Sn0wbreeze, bringing the release up to version 2.8 (beta 3) which promises to jailbreak iPod touches, iPhones and iPads – or at least all the ones that usually support jailbreaking. No iPad 2 here folks.

Available to download now, Sn0wbreeze brings a tethered (except those few iPhone 3GS users with an old bootrom – you’re untethered) jailbreak to iOS 5 beta 2 in a handy-dandy Windows application.

Of course, the added bonus of using Sn0wbreeze is it will preserve your iDevice’s baseband, which means you still have the ability to unlock your device in the future, should you so wish.

If you’re looking to get your jailbroken iOS 5 lovin’ on then head on over to our Sn0wbreeze guide to get the skinny. 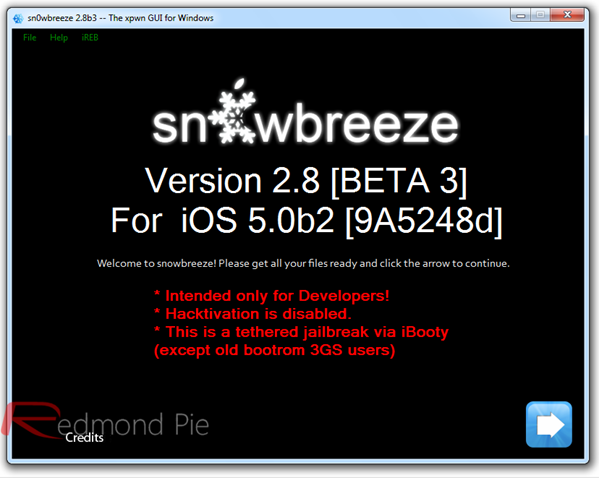