While I’m a bigger fan of Android than I am of iOS, I’ve found that iOS’ jailbreak community is a whole lot stronger as there is always a useful new tweak released every other day. This is, perhaps, partly due to the fact that there are only a handful of devices to work for instead of the endless amount of Android smartphones. Developing for iOS is relatively easier. 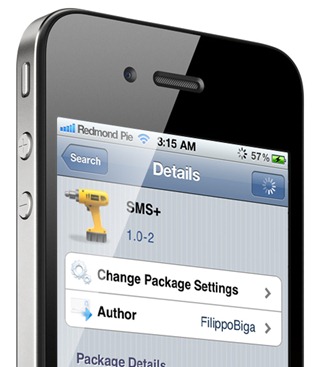 With that out of the way, it’s time to talk about a new tweak for jailbreaking enthusiasts. It’s called SMS+ and it supercharges the texting experience on the iPhone. 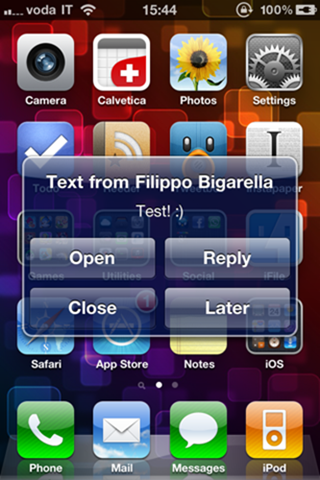 Developed by FilippoBiga, SMS+ is an iPhone-only tweak which successfully attempts at improving the SMS experience on the iPhone. It comes with a plethora of features that make texting much more pleasurable.

It works similarly to the popular BiteSMS app, except users don’t have to install a separate app; SMS+ integrates with Messages.app.

SMS+ is the best solution to improve your SMS experience on iOS. It integrates perfectly in the native SMS application, adding to it those functionalities you won’t ever be able to stay without after having tried them.

SMS+ allows users to quick reply to incoming texts without having to open the Messages.app. There is a Later feature which allows you to keep a text ‘unread’ so you can check it out later (an icon is placed on Status Bar to make sure you don’t forget). Besides this, SMS+ can read your messages aloud with text-to-speech technology which is certainly a must for folks who like to stay updated with texts while driving. 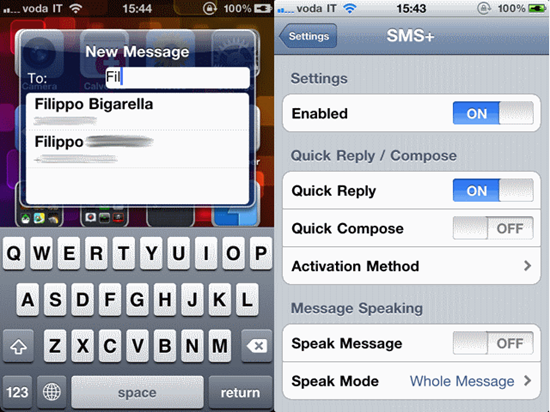 Extra options include being able to mark all texts as ‘read’, delete all texts, timestamp each text and hide those conversations you don’t want your sibling to read.

You will of course need a jailbroken iPhone. You can follow our step by step guide posted here to jailbreak your iPhone, iPad or iPod touch on iOS 4.3.5 using Redsn0w (or PwnageTool), or on iOS 4.3.3 using Redsn0w, PwnageTool, Sn0wbreeze & JailbreakMe (that last one being the easiest).

If you’re interested, SMS+ can be downloaded from the BigBoss repository. It is available for $1.99 and works on all iPhones on iOS 4.2 or later.